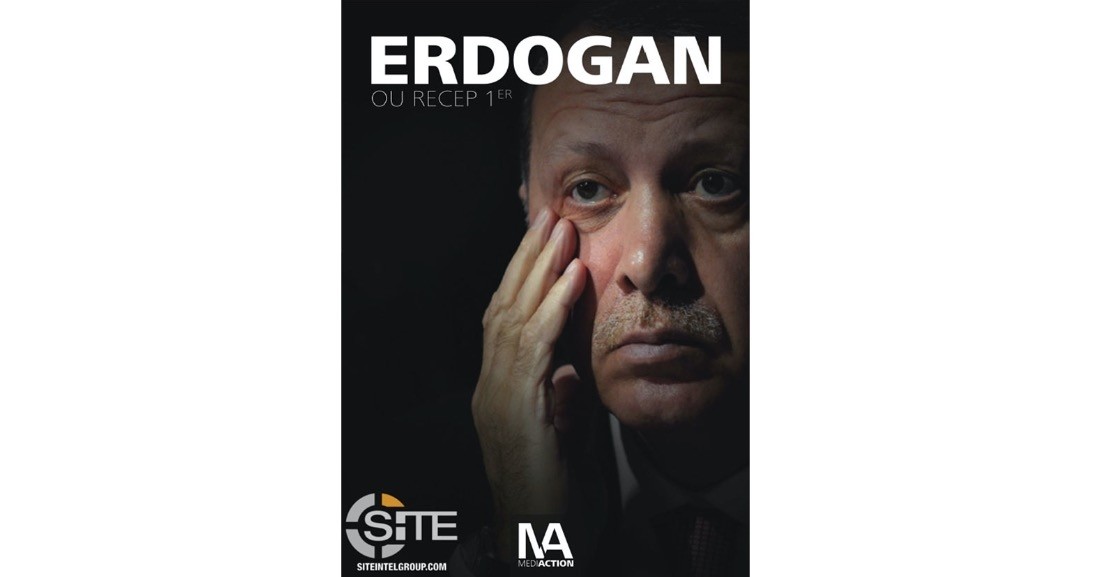 The terrorists urged the president to accept their so-called "caliphate," which is now in tatters as the group has been dealt a serious blow thanks to Turkey's anti-terror operations.

The group also said in the magazine that should Erdoğan continue to fight against terrorists and not accept their so-called "Islamic State," he would "face disgrace" like Egypt's first democratically-elected President Mohammad Morsi, who was ousted in a brutal takeover by coup leader Abdel Fattah al-Sissi.

Turkey has been actively fighting against Daesh terror, as the country trains Iraqi troops in Bashiqa and has carried out two major operations targeting the terrorist group in Syria.

In Operation Euphrates Shield and Operation Olive Branch, Turkey cleared off Al-Bab and other Syrian towns of the terrorists, and also contained Dabiq, which is of spiritual value for the Daesh mindset which proclaims the city as the location where Armageddon will occur.