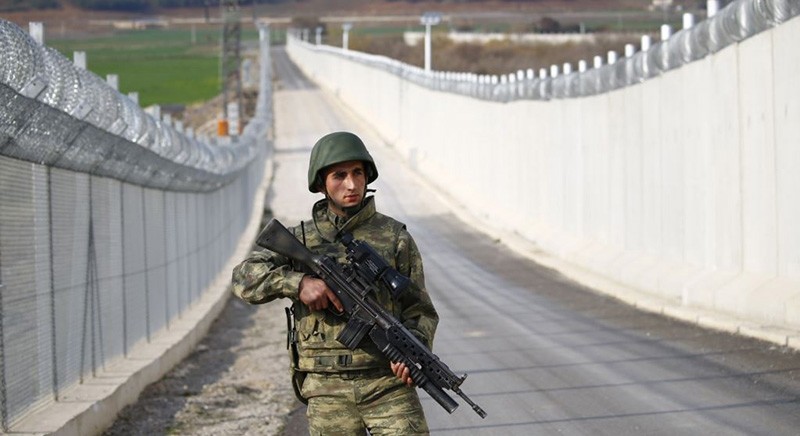 A Turkish soldier patrols along a wall on the border line between Turkey and Syria near the southeastern city of Kilis, Turkey (Reuters File Photo)
by Daily Sabah with AA May 07, 2018 12:00 am

Police detained the suspects in Kilis province's Arpakesmez village after receiving a tip-off that a Daesh terrorist would attempt to illegally enter into Turkey, said the source, who asked not to be named due to restrictions on talking to the media.

Three of the four suspects were women, reports said.