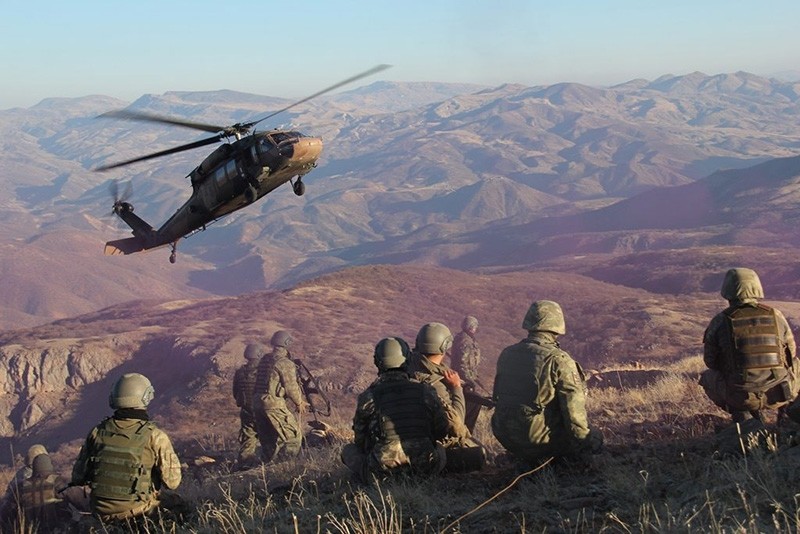 Fifteen PKK terrorists were killed in airstrikes in eastern Turkey on Tuesday, according to Interior Ministry.

In a written statement, the ministry said 15 PKK terrorists were neutralized in domestic counter-terrorism operations, with 12 in eastern Kars and three others in Siirt, another eastern province.

It added that the operations are ongoing.

Earlier, a statement from Kars governorate read six terrorists were killed as part of an air operation backed by F-16 fighter jets on Çemçe-Madur regions.

Listed as a terrorist organization by Turkey, the U.S. and the EU, the PKK has waged a wide-ranging terror campaign against the Turkish state since the mid-1980s, in which an estimated 40,000 people have been killed.