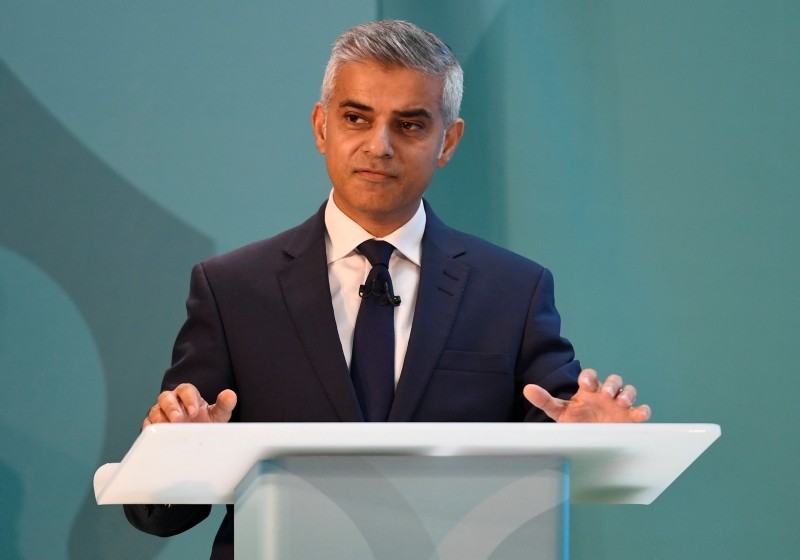 London Mayor Sadiq Khan said Thursday that the PKK terrorist organization takes advantage of loopholes in the U.K. to the prevent counter measures of the Metropolitan Police and called on the home secretary to close the gaps.

Speaking to Anadolu Agency (AA) before an iftar (fast-breaking) dinner organized by the Turkish community in North London, Khan said the loopholes that allow occasional demonstrations to be held by PKK supporters in the U.K. capital are not acceptable, adding that the Metropolitan Police ought to act against any proscribed organizations.

"I think it's very important for the government and the home secretary to close those loopholes," Khan said in the event where representatives from the Turkish community and Turkish organizations as well as Jewish and Christian community members were in attendance.

The activities of PKK sympathizers in London are being scrutinized and questions are being asked as to why backers of an illegal group can gather and mobilize publicly. Groups of protesters carrying PKK flags, banners and posters bearing the insignia of the illegal group or the likeness of its jailed leader Abdullah Öcalan have been seen on the streets of the U.K. capital.

In March, supporters of the PKK and its Syrian affiliate the Democratic Union Party (PYD) staged disruptive protests that forced the closure of several train stations in Britain. London's busy King's Cross Station was closed due to protesters, as PKK sympathizers tried to block every entrance and exit in the station.

Khan also extended his thanks to the Turkish community residing in the capital city, saying they have contributed to the city's economy, culture and society.

The mayor of London added he would like to make sure to challenge discrimination and Islamophobia as these are also some of the problems the Turkish community in London faces as Muslims.