PKK recruited scores in Germany to fight in Syria, Iraq 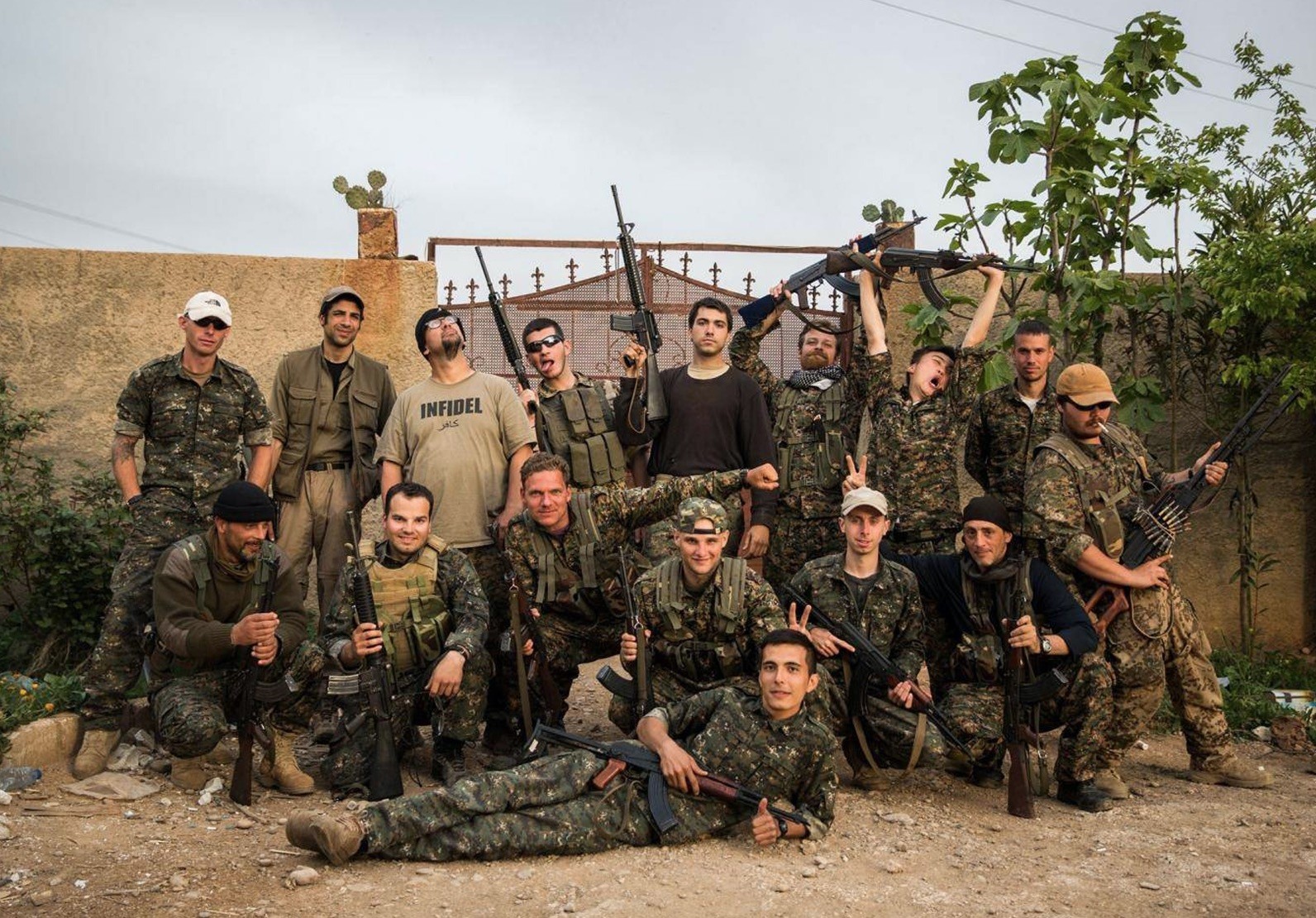 PKK terrorist group has recruited about 250 foreign fighters to join its lines from Germany, a country which has been a safe haven for the group and its activities

Nearly 250 foreign fighters from Germany traveled to Syria and Iraq to take up arms with the PKK terrorist group and its Syrian affiliate, the German government confirmed.

Since 2013, intelligence services identified 243 individuals who traveled from Germany to the region to join the PKK in Iraq and its Syrian branch, the People's Protection Units (YPG), the German Interior Ministry said in reply to a parliamentary question.

According to the government figures, at least 20 of them were killed in clashes. Of the 243 foreign fighters who joined the PKK and YPG, 65 percent had German passports, according to the ministry.

In March, a former member of the German military was captured by Turkish security forces on the border with Syria on his way to join the ranks of the PKK terrorist group and its Syrian offshoots. Patrick Kraicker, 28, was nabbed inside the military zone in the Silopi district of Turkey's southeastern Şırnak province on March 14.

During a search, photos and digital material linked to the PKK were found in Kraicker's possession, while the investigation also found that he had been in contact with terrorists in Syria. In his testimony, Kraicker, who said he had served in the German military for four years, admitted that he was trying to cross into Syria to join the ranks of the YPG.

A report by German media had also claimed that at least 125 foreign fighters who fought in lines of the PKK and YPG had returned to Germany. Since the start of the conflict in Syria, around 300 foreign fighters recruited in Germany have traveled to the region to join the group, the Daily Express reported in late March. According to the report penned by Axel Spilcker citing security sources, the returning PKK terrorists received military training and took part in armed clashes.

The pundits have also drawn attention to the threat returning foreign fighters, who receive military training from the terrorist groups in conflict zones, could pose to European society. Along with Turkey, the EU and the United States also list the PKK as a terrorist organization.

Though the PKK has been banned in Germany since 1993, the lack of effective measures against the group and German authorities' tolerance of the activities of the group's sympathizers has turned the country into a haven for its activities.

Ankara has long criticized German authorities for not taking serious measures against the terrorist group, and continued activities of the PKK and YPG in Germany have been a major source of friction between the two NATO allies. The PKK has managed to set up several covert organizations in the country and used them for its recruiting, propaganda and fundraising activities. The terrorist group had nearly 14,000 followers among the Kurdish immigrant population in Germany according to the latest annual report of the country's domestic intelligence agency.

PKK followers have been able to freely organize rallies in support of the group and spread their propaganda as Berlin has turned a blind eye to the rising visibility of the group in the country. The tacit lenience toward the sympathizers and members of the PKK by Germany and many other European countries over the years has also given militants the courage necessary to escalate their actions and violent attacks against Turks and the wider Turkish community in the EU states.