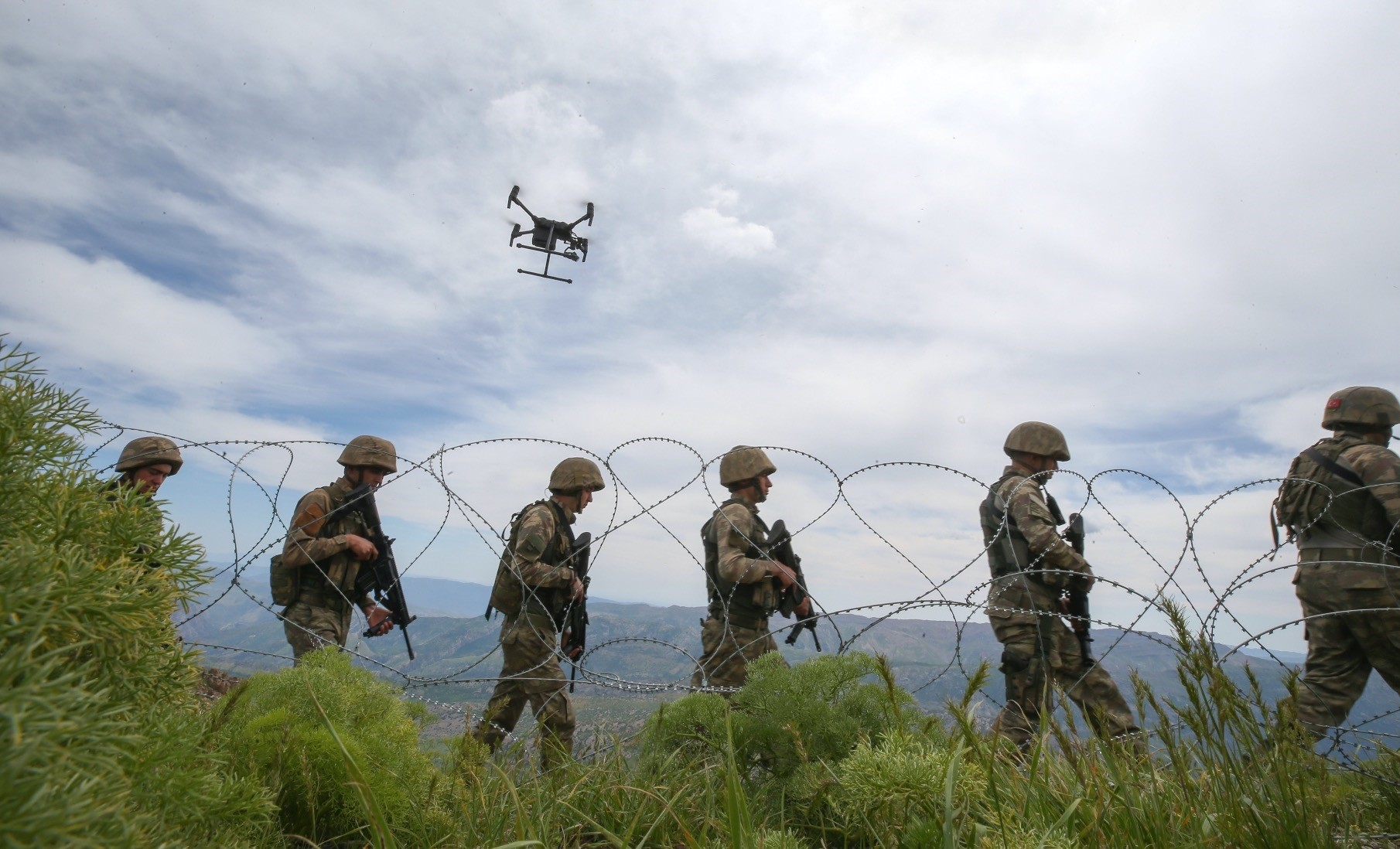 With a military operation imminent on PKK headquarters in the Qandil mountains, the Turkish military has already captured large swaths of territory in northern Iraq

The Turkish army has cleared a 400-square-kilometer area from PKK terrorists in northern Iraq amid final preparations to launch an extensive operation on the headquarters of the terrorist organization on Mount Qandil.

After the eviction of PKK-affiliated groups from northern Syria with Operation Olive Branch, the army is now pushing PKK terrorists in northern Iraq to secure its southeast borders with the aim of completely eradicating the terrorist organization's leadership.

Since the beginning of the Turkish army's crossing into the Iraqi border on March 11, 155 PKK terrorists have been killed. The army has already pushed nearly 30 kilometers into northern Iraq towards Mount Qandil as it took control of the Bradost region and entered the Barazgir valley, which is considered a gateway to Qandil.

Interior Minister Süleyman Soylu on Wednesday said an anti-terror operation on Qandil is not a distant target for Turkey, and drew attention to significance of this operation in maintaining Turkey's internal security.

"[Southeastern] Diyarbakır is not free as long as [the PKK headquarters in] Qandil stands there," Soylu said in an interview with NTV television.

He added that Turkey has a very high level of technological capability, human resources, unmanned aerial vehicles (UAVs) and intelligence, which would bring important advantages for the army.

Several reports suggested yesterday that PKK high-ranking terrorists have started to leave Qandil amid fears of the military offensive.

Mount Qandil became the PKK's main headquarters in the 1990s after it used the Bekaa Valley of Lebanon as its training grounds for many years. The area is under de jure control of the Kurdistan Regional Government (KRG) and has been used to infiltrate Turkish soil and carry out attacks on soldiers in military outposts and during their patrols near rural areas.

Prime Minister Binali Yıldırım also said on Saturday that Turkey has set up 11 regional bases in northern Iraq and doubled the presence of its troops, adding that the objective of recent military operations is eliminating PKK threats before they reach the border.

President Recep Tayyip Erdoğan said on Tuesday that Turkey is determined to completely eradicate terrorism from the country. "We are going to the source of terrorism before it comes to us," Erdoğan said in northern Zonguldak province.

The PKK targets northern Iraq and has frequently been hit by the Turkish army in the last decades, which occasionally causes tension between the Turkish and Iraqi governments due to the latter's objection that it is a violation of its independence. The extent of the operations vary from air campaigns - such as hitting PKK hideouts with airstrikes - to carrying out extensive land operations.