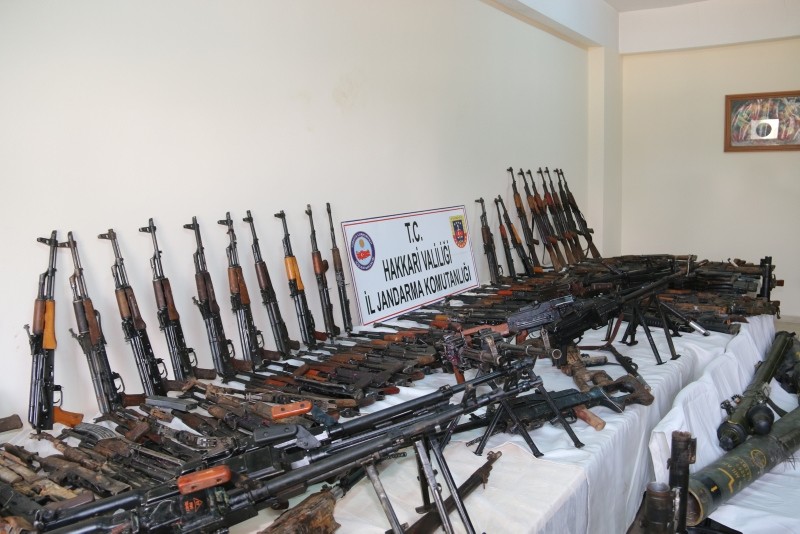 Operations against PKK terrorist group resume both at home and abroad with a large weapons cache seized in southeastern Hakkari province and airstrikes continuing in northern Iraq amid an ongoing operation targeting PKK headquarters in Qandil Mountains.

In a statement, the Turkish General Staff said the fighter jets had conducted airstrikes targeting the terror group on June 12 in Qandil region.

Airstrikes on PKK targets in northern Iraq have been carried out regularly since July 2015, when the PKK resumed its decades-long armed campaign.

Speaking to reporters in Hakkari, Interior Minister Süleyman Soylu said on Friday that it was the largest ammunition found in Ikiyaka Mt. and Düztepe neighborhood so far.

In a separate statement, the army also said a total of 93 terrorists were "neutralized" during counter-terrorism operations across Turkey between June 8-14.

Among them are three senior figures, according to the statement.

Three Turkish soldiers were also killed and 18 others injured during these operations, the statement added.

In its terror campaign against Turkey, which has lasted for more than three decades, over 40,000 people have been killed, including women and children.
Last Update: Jun 15, 2018 1:08 pm
RELATED TOPICS