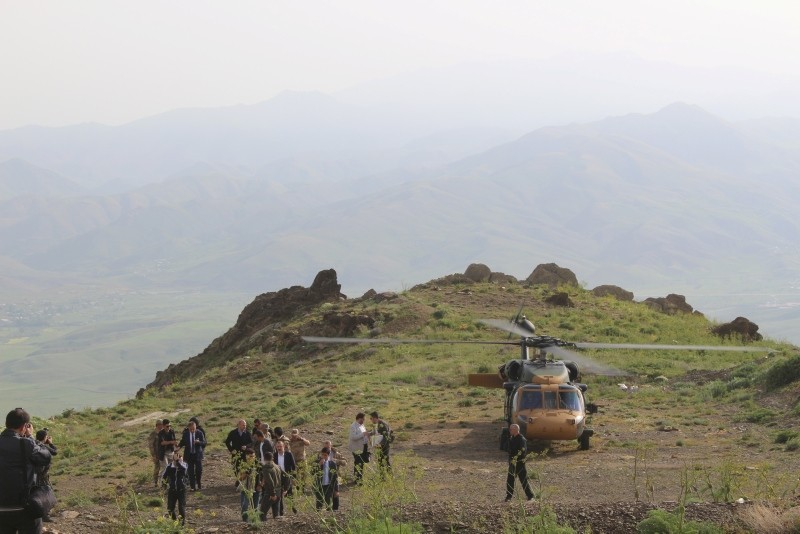 Speaking at a live interview at Kanal 7 channel, Erdoğan said the casualty from the strike was not assessed yet but the gathering was successfully targeted, adding that the death toll likely included senior PKK members as well.

The president also said 10 important terror targets were hit with 20 military jets in Qandil as part of the operation.

Turkey announced last week that the military started operations in the Qandil mountains, targeting PKK terrorists. It has been reported that currently around 3,000 to 5,000 Turkish soldiers have been participating in the operation.

Nearly 150 soldiers of special military units are also reportedly participating in the operation. Gendarmerie Special Forces who have returned from the Afrin operation are also expected to cross the border when the ground operation begins.

The Qandil mountains, located roughly 40 kilometers southeast of the Turkish border in Iraq's Irbil province, are being used as the headquarters of the PKK and its Iranian affiliate, the Kurdistan Free Life Party (PJAK), although the area is under de jure control of the Kurdistan Regional Government (KRG). The area has frequently been hit by the TSK in the last decade.