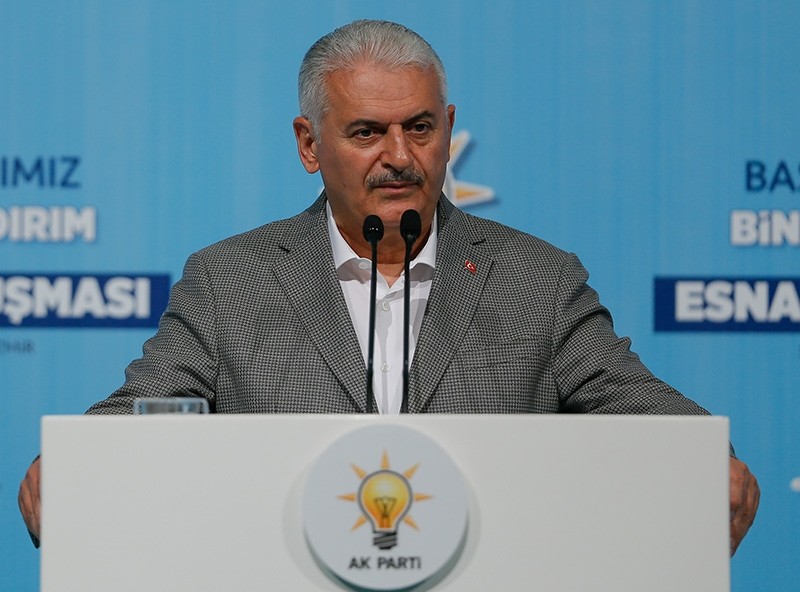 He said Turkey's goal is to make the northern Syrian region a safe zone, after the United States provided weapons to the terror group.

Turkish soldiers began entering the outskirts of YPG-held Manbij on Monday to provide security and assure peace in the town as part of an agreement with the United States.

A Manbij road map was announced after a meeting in Washington between Foreign Minister Mevlüt Çavuşoğlu and U.S. Secretary of State Mike Pompeo in early June. The deal focuses on the withdrawal of the PKK-affiliated YPG from the northern Syrian city and stability in the region. It envisaged deployment of Turkish forces to assure peace in the region and train local forces to establish and maintain security.

Manbij has been controlled by the YPG terrorist group, the United States main ally against Daesh, since 2016. Turkey has long demanded that the U.S. avoid cooperation with the YPG, objecting YPG presence west of the Euphrates River, including the predominantly Arab town of Manbij. The YPG previously announced a pullout from the area before the Turkish army entered the area.

The U.S. support for the Syrian Democratic Forces (SDF), which is dominated by the YPG, has long been a cause of tension between Ankara and Washington, sparking fears of a direct confrontation between the two NATO allies. Turkey previously launched Operation Olive Branch on Jan. 20 to eliminate the YPG from Afrin province in northwestern Syria. The YPG's ultimate aim is to establish an autonomous region in northern Syria by connecting the northwestern Afrin canton to the Kobani and Jazeera cantons in the northeast. As such, Turkey's operation aims to put an end to the group's autonomy plans, which Ankara terms a "terror corridor."