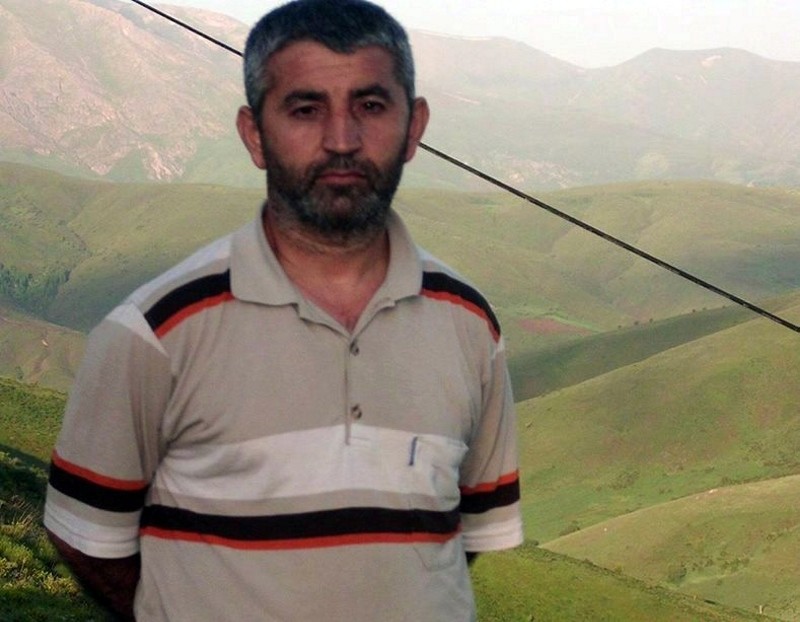 Both livestock farmers, 50-year-old Remzi Güler and his 27-year-old son Mahmut Güler were not heard from ever since they left for the Leyhosor hamlet in Lice district 10 days ago.

Relatives of the Güler family found the bodies of the victims on Thursday after they decided to search for the missing father and son themselves. After discovering their remains, they contacted local authorities.

The governor of Diyarbakır said a note left by PKK terrorists claiming they had shot and killed the father and son was found on their bodies.

The bodies of the victims have been transferred to the Diyarbakır Forensic Medicine Institute for autopsies as an investigation is underway.

This is not the first time that the terrorist organization has targeted civilians. On June 27, the terrorist group killed yet another civilian, this time in eastern Turkey's Ağrı province, as they accused the man of being a collaborator agent of the state. Taking place in the Doğubeyazıt district of Ağrı, the murder targeted Mevlüt Bengi, a local shop owner who served as an election observer for the ruling Justice and Development Party (AK Party) in the June 24 parliamentary and presidential elections.

News reports said Bengi was kidnapped, threatened and tortured by PKK terrorists. Later, he was shot in the head. Locals found him tied to an electricity tower on a mountain, far away from the town center. The terrorists reportedly targeted him for being a collaborator with the AK Party after he served as an AK Party election observer at the ballot boxes in his district during the June 24 elections.

Civilians in southeastern and eastern parts of the country have long suffered from PKK attacks and a large number of civil servants and civilians have been killed in armed attacks, car bombings and roadside bombs, in addition to security forces.

​A young teacher, Necmettin Yılmaz, in Turkey's southeastern Şanlıurfa province was killed by the PKK in the eastern Tunceli province in June last year. The 23-year-old teacher's car was waylaid and set ablaze by the terrorists as he drove to his hometown of Gümüşhane, a city in northern Turkey, for summer break.

In another incident last year, this time in the southeastern province of Şırnak, Tayyip Fidan, the father of two village security guards, was kidnapped and killed by the PKK. Fidan was kidnapped by PKK members while taking his animals out to pasture. He was shot and later left in a remote part of the city.

Furthermore, Sami Çiftçi, another civilian, was kidnapped from his home in Çatalca village in the southeastern Hakkari province's Şemdinli district last year. PKK terrorists then took the man far away from his home in the Güvenli area and shot him dead.

A teacher, Şenay Aybüke Yalçın, was also killed by the PKK in the southeastern Batman province last year. Yalçın was traveling in a car with her colleagues when PKK terrorists launched an attack.

Formed in 1978, the PKK terrorist group has fought a long separatist battle with the Turkish state. Its terror campaign has caused the deaths of more than 40,000 people, including women and children.