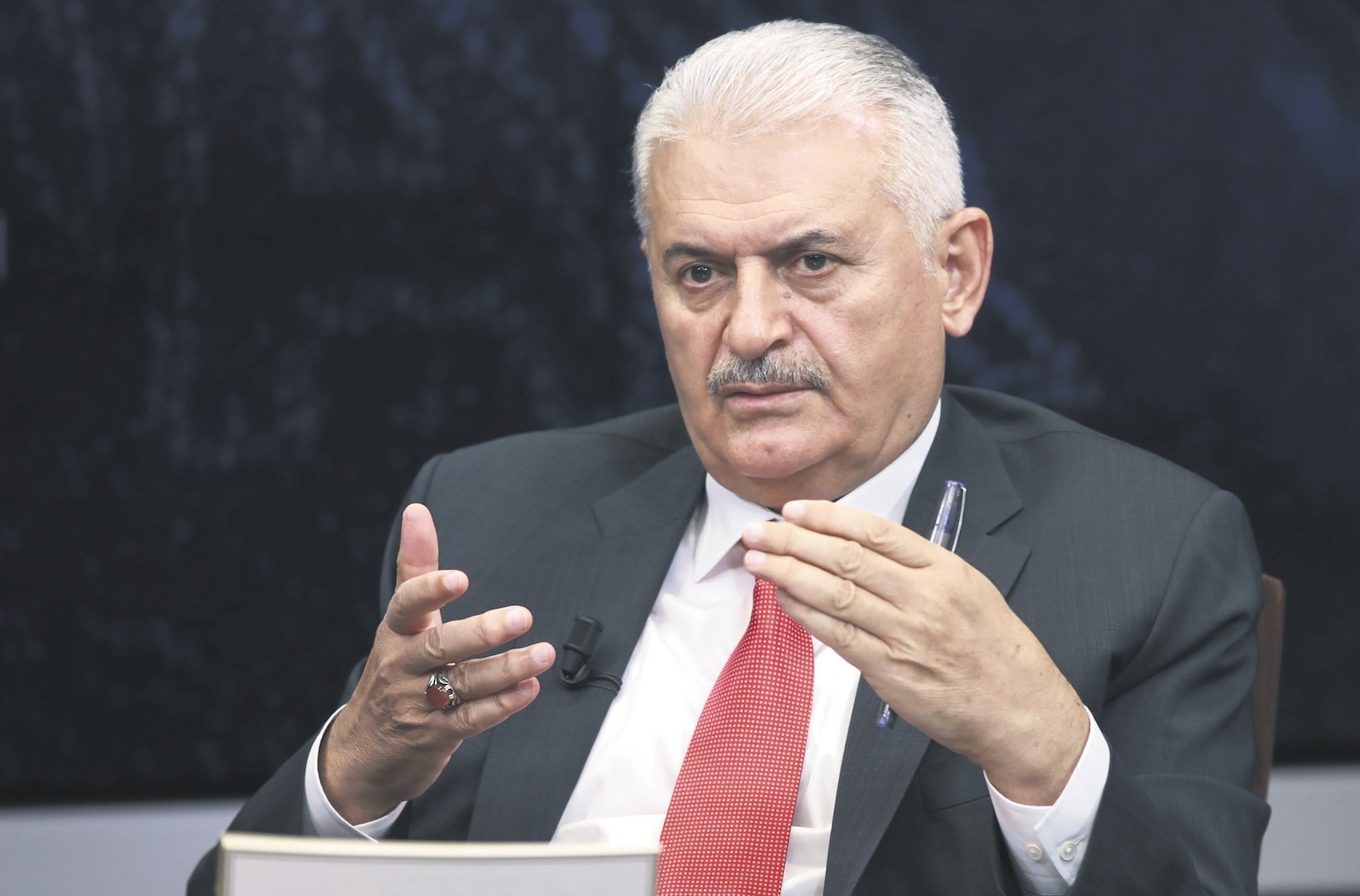 Speaking to Anadolu Agency, Yu0131ldu0131ru0131m said that the last decree before transitioning to the presidential system will include regulations necessary to avoid any counterterrorism vulnerability that might emerge with the end of the state of emergency.
by daily sabah
Jul 06, 2018 12:00 am

Turkish Prime Minister Binali Yıldırım said yesterday the current state of emergency will be lifted but not before a final decree is passed to facilitate some necessary regulations that would ensure the fight against terrorism continues.

Speaking as the special guest of Anadolu Agency's Editors' Desk, Yıldırım said that "the last decree that will be published tomorrow. It will include regulations necessary to avoid any counterterrorism vulnerability that might emerge with the end of the state of emergency."

Turkey declared a state of emergency on July 20, 2016, following a deadly coup attempt by Gülenist Terror Group (FETÖ), which killed 250 people and wounded 2,200.

The main objective of the state of emergency was to fight any terror threat that may be directed toward Turkey and to maintain internal stability. Turkey has been fighting various terror groups including FETÖ, the PKK and Daesh.

The state of emergency was later extended on seven occasions and lastly on April 18, on grounds of continuing the battle against FETÖ.

In the run-up to the June 24 elections, most of the presidential candidates had promised to lift the state of emergency, if elected.

Emergency rules in a state of emergency enable the government to bypass Parliament to enact new laws. The Cabinet has the right to issue statutory decrees under the presidency without following routine procedures and restrictions.

In order to continue fighting various terrorist groups efficiently in the absence of the state of emergency, the authorities will focus on necessary regulations in the new term.