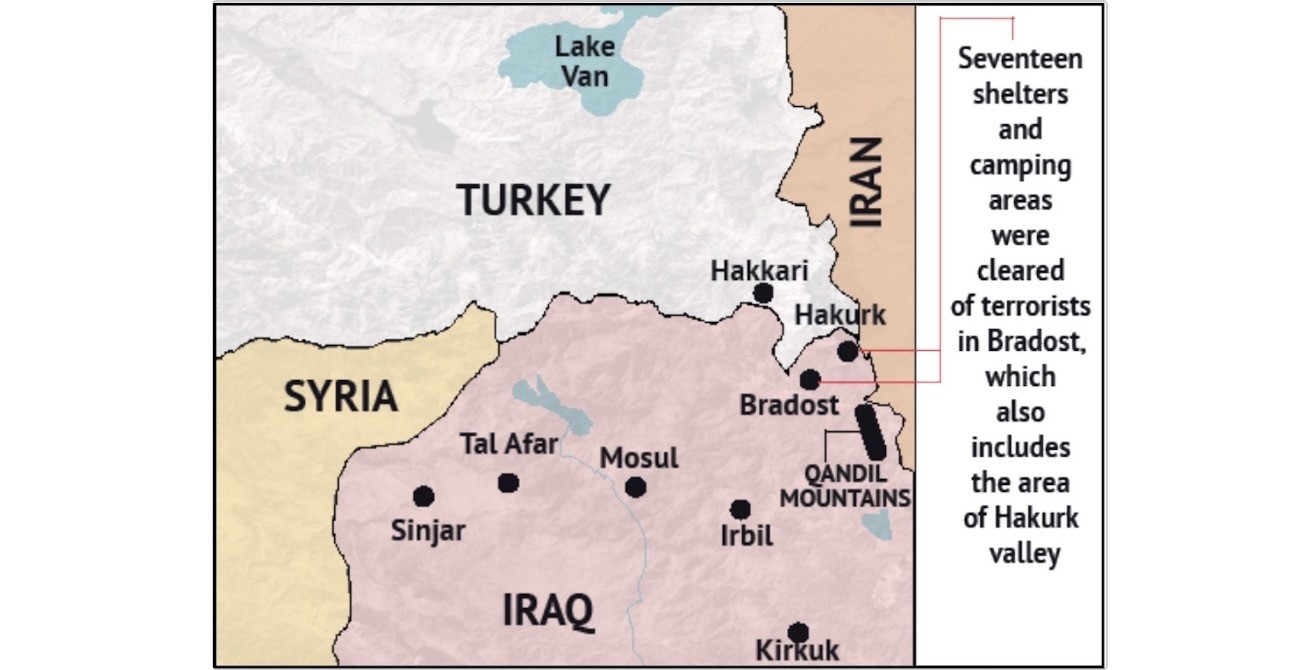 The Turkish army continues to push PKK terrorists in northern Iraq to secure its southeast borders, with the aim of completely eliminating terrorist elements from the region.

As part of the operation, the military entered nearly 35 kilometers into northern Iraq towards Mount Qandil. The army continued to sweep terrorist camps around Bradost region and Barazgir valley, which are the areas considered to be gateways to Qandil.

The Turkish military set up bases for tanks and helicopters in the region. It is also establishing another base for unmanned aerial vehicles (UAVs) and armed drones. These domestically-produced UAVs have been effectively used against the terrorist group since 2015 in Turkey and in cross-border operations.

Terror threats directed by PKK terrorists from the Qandil mountains, located roughly 40 kilometers southeast of the Turkish border in Iraq's Irbil province, prompted the operation of the Turkish Armed Forces (TSK) on March 10.

The Qandil mountains are used as headquarters by the PKK and its Iranian affiliate, the Kurdistan Free Life Party (PJAK).

Turkish Special Forces Command "maroon berets" troops are also included in the operation. Seventeen shelters and camping areas were cleared of terrorists in Bradost and Barazgir, which also includes the area of Hakurk valley.

The area has frequently been hit by the Turkish Armed Forces (TSK) in the last decade, yet a ground operation had not been launched in recent years.

Qandil became the PKK's main headquarters in the 1990s after it used the Bekaa Valley of Lebanon as training grounds for many years. The PKK is an internationally recognized terrorist organization, which is listed as a terrorist group by the U.S., Turkey and the European Union.