Gülen likely to die in US before extradition 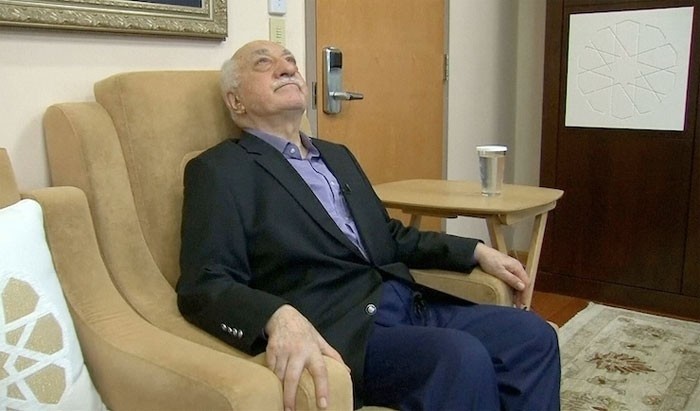 Despite Turkey submitting a series of files to request the temporary arrest of Gülen and Trump's affirmation to Erdoğan that he would review the case, very little progress has been made so far, which makes Gülen's extradition in the near future unlikely

It was just a couple of days after the attempted coup when articles in U.S. media started popping up speculating that President Recep Tayyip Erdoğan had staged the whole thing to extend his power in the country. There were many political advisers and think-tankers in Washington who also pushed conspiracy theories in private, and sometimes even in public. U.S. President Donald Trump was not among them. "Some people say that it was staged. I don't think so, but I do give great credit to Erdoğan for turning it around," he told an American newspaper in July 2016. Trump was simply impressed by the fact that people came out on the streets to stop the military.

Just days ahead of the presidential elections, Trump's foreign policy adviser Walid Phares said the Trump administration would review Fetullah Gülen's case. "That would be one of the first files that his administration will raise."

But the case was already doomed to stall. Immediately following the failed coup, Turkey submitted a series of files to request the temporary arrest of Gülen and later with complete dossiers for his extradition. These requests were not about Gülen's involvement in the coup but rather in his complicity in his organization's criminal acts through the years. U.S. officials chose to rebuff three Turkish court orders due to lack of probable cause in the eyes of the American judicial system. According to them, Turkey should have provided evidence proving Gülen's involvement even before an official Turkish investigation was completed on the matter.

Later when Turkish officials began to send more evidence related to Gülen's involvement in the coup attempt, their American counterparts asked for voice records, notes, emails, correspondence or location intelligence belonging to Gülen that directly tied him to the coup. The same American officials who were making these demands were also giving statements to newspapers on how hard it was to find evidence on Gülen because the FBI had stopped monitoring him long ago and cautious Gülen had not given orders over the phone or in any written form.

For the Barack Obama administration, it was also the fact that Erdoğan had publicly asked for something and they simply did not want to honor it because they did not want to be seen as doing Erdoğan's bidding.

But when Trump took office in 2017, the situation evolved into something else. Trump, at least during his conversations with Erdoğan, affirmed that he would review the issue. However, controversy surrounding his former National Security Adviser Mike Flynn's lobbying work on Gülen and the very serious trouble he has going on with the Russia investigation, made it very hard for him to pursue anything novel in the Gülen case. Various sources believe in Washington that it is almost impossible for Trump to push for this case while his aides are under investigation.

This does not mean that he did not take any steps or that Turkish officials were filing everything perfectly. For one, Turkish and American officials reviewed the Gülen files and made some real progress on the issue. Yet it was still evident that Turkish legal language is very different than its U.S. counterpart. "The evidence is buried in those hundreds of pages. That needs to be restructured and redone for American courts," one Washington source said.

With the recent reconciliation efforts between the two countries, a new study group on Gülen has been established, which is due to visit Ankara next week. Foreign Minister Mevlüt Çavuşoğlu told journalists in June that this group would focus on improving the extradition dossiers and tailoring them for American expectations. American officials have been repeating that they do not want to go to the court with a weak file that could lead to Gülen's legal victory.

In any case, the Trump administration did not meet Turkish expectations of restricting Gülen's activities either. Neither the FBI nor the local police have bothered to pay visits to Gülen's compound in Pennsylvania in an attempt to save a little face.

People familiar with the case shrug their shoulders; a small reminder that even if the case goes to court, it could take years to return Gülen. Now American officials talk in private that Gülen's extradition is not likely to happen soon. "He will die in the United States. End of story," a Western diplomat who closely follows the case in Washington said.