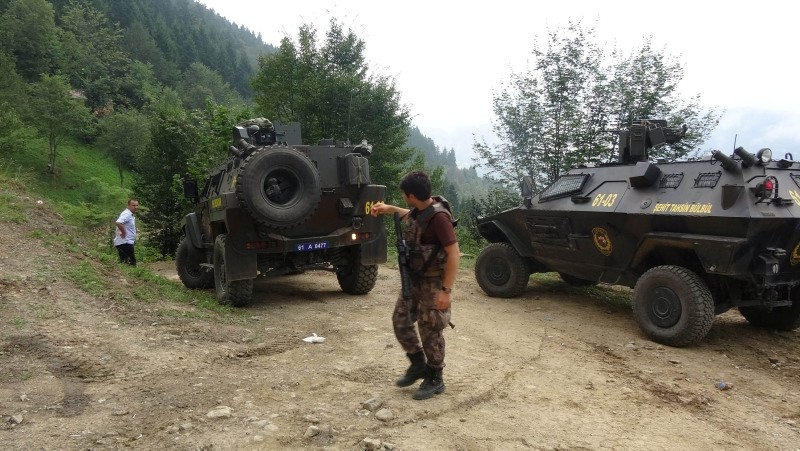 Turkish security forces have killed a senior member of the PKK terrorist organization who was accused of killing a teenager last year, officials announced Sunday.

Yakışır was reportedly responsible for the killing of 15-year-old Eren Bülbül last August in Maçka in the Black Sea province of Trabzon. Bülbül died from gunshot wounds sustained as he helped gendarmes track PKK members near his house in Maçka, a town 22 kilometers (14 miles) south of the Black Sea city of Trabzon, on Aug. 11, 2017. Gendarmerie Master Sgt. Ferhat Gedik, 41, was injured in the same incident and later died as well. Bülbül's death lead to public outcry, with locals hanging Turkish flags from windows and balconies and the whole of Turkey uniting in condemning the terror group.

Yakışır was in the most-wanted category of Turkey's wanted terrorists list. Wanted terrorists are categorized by different color groups – including red, blue, green, orange and gray – depending on the level of threat they pose for the country's national security. Red is considered the highest threat level, and this is the category Yakışır was in before his death.

"I congratulate our heroic police officers who killed two terrorists who were plotting a [terrorist] action," said Soylu.

Security forces have intensified counterterrorism operations against top PKK members in recent months. On Wednesday, the Interior Ministry announced that Sefer Açar, who was responsible for the killing of 15 Turkish soldiers in 1998, was killed in the eastern Bitlis province. Açar, also known by his code name Welat Gever, was also in the red wanted category.

The counterterrorism operation is still ongoing, the ministry added. The PKK is listed as a terrorist organization by Turkey, the U.S. and the European Union.