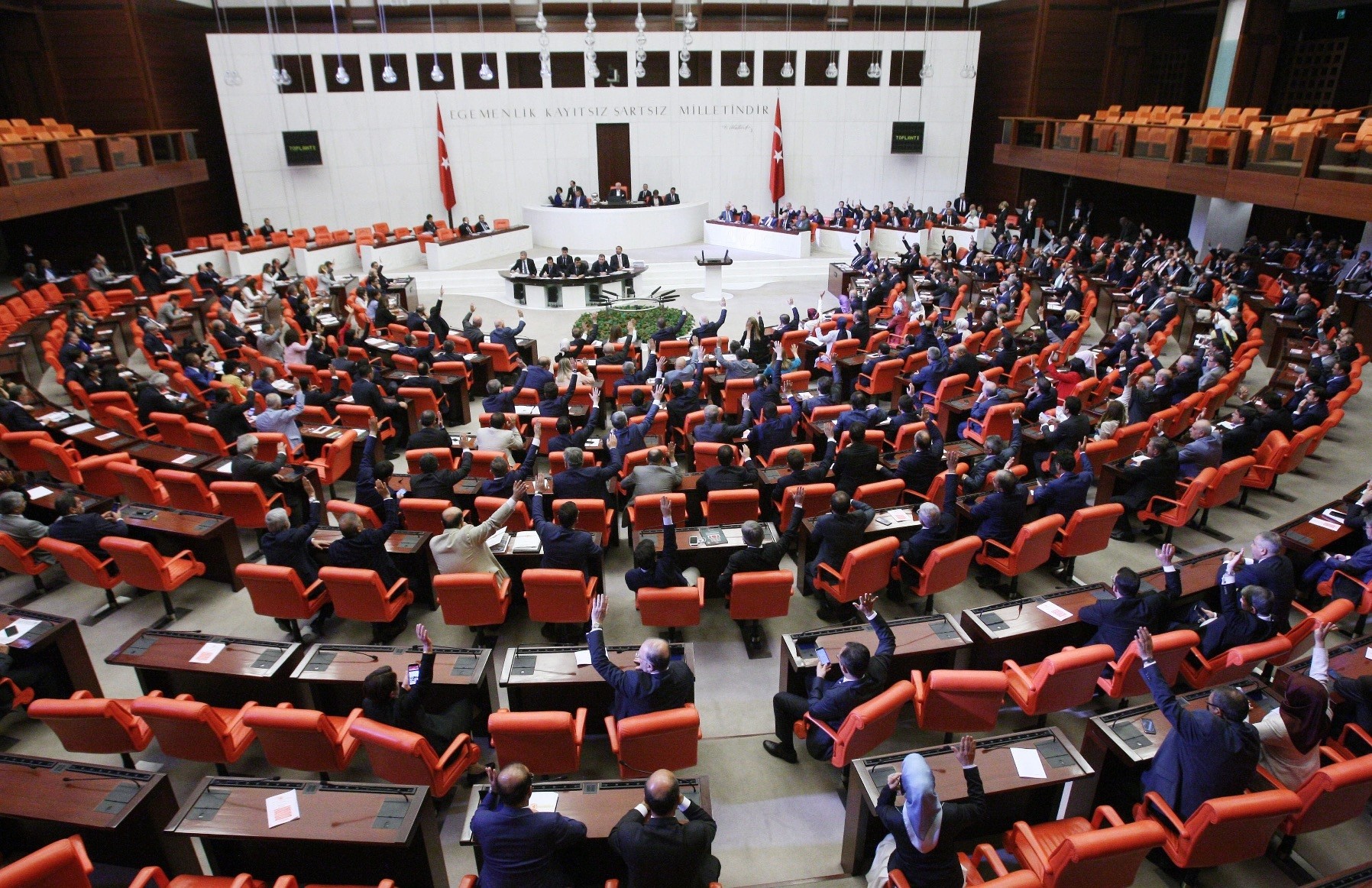 The two-year-long state of emergency, originally declared to fight terrorism after the July 15 coup attempt, ends today. Yet, the country will remain determined in its fight against terrorism

The state of emergency, which was declared for the first time in the aftermath of the July 15 failed coup attempt in 2016, expires today and will not be extended. With the two-year emergency rule over, the government has stressed that its fight against terrorism will continue uninterrupted and necessary regulations will be made. A draft proposal presented by the ruling Justice and Development Party (AK Party) aiming to continue the fight against terrorism in the post state of emergency era is expected to be discussed tomorrow in Parliament's Justice Committee.

Turkey declared a state of emergency for the first time on July 20, 2016 following the deadly coup attempt orchestrated by the Gülenist Terror Group (FETÖ) and its U.S.-based leader Fetullah Gülen, which killed 250 people and injured nearly 2,200 others. Ankara has also accused FETÖ of being behind a long-running campaign to overthrow the state through infiltration of Turkish institutions, particularly the military, police and judiciary. "The state of emergency has been in effect for two years to effectively fight FETÖ," Mehmet Şahin, an academic of political science, said and added that it has also helped maintain the fight against terrorism as a whole.

However, "in order to prevent terrorist threats from building up yet again, some regulations are needed," Şahin said referring to the AK Party's draft proposal.

He stressed that there have also been ongoing threats stemming from the instability in Turkey's southern neighbors, Syria and Iraq.

The state of emergency was extended seven times since it was first declared.

As Turkey has been facing serious threats to its national security from various terror groups at the same time, government officials have also highlighted the significance of the state of emergency in fighting terrorism.

While Turkey pointed out that the state of emergency was necessary to challenge terrorism, it faced criticism from some European countries, particularly during the run-up to the presidential election held on June 24. Officials in Ankara stressed that the state of emergency was not affecting the lives of citizens but contributing to the effective fight against terrorism.

The aim of the proposal is to avoid an increase in terrorist threats in the absence of state of emergency. The AK Party sent the draft to all political parties before submitting it to the parliamentary speaker's office.

"Considering the July 15 coup attempt and the continuing incidents around the region, some precautions need to be taken in terms of legal regulations," Nihat Ali Özcan, an academic from the TOBB University of Economics and Technology (ETÜ) stated.

According to the draft, local governors will be given the authority to limit the entries and exits of people to certain places in the provinces when there is a threat that would disrupt public order; yet, the period for this will be limited to 15 days.

"By giving some new authority to governors, we can effectively manage terror threats locally rather than having a state of emergency affecting the whole country," Şahin said, stressing the fight against terrorism will not be interrupted even though the state of emergency has ended.

AK Party Group Deputy Chairman Bülent Turan told reporters Monday in a press conference that the state of emergency will be lifted on July 18 and the fight against terrorism will continue resolutely. "Steps to be taken will be in line with universal and constitutional law," Turan said. Article three of the draft presented by the AK Party also seeks to completely abolish martial law.

Furthermore, according to the draft, the State Personnel Presidency will be informed about decisions regarding people dismissed from public institutions within 15 days. The passports and the registered guns of these people will be canceled.

People who are reinstated to their posts will receive the social and financial rights they were denied during the period they were not working, as well.

In relation to the time period of the regulations, Turan said the regulations will be valid for a limited period of time. If the proposal becomes law it will be in effect for three years. Turan added that the regulations will bring more democratic rights, such as an extension of the time periods for protests, and regulations for detention periods to make them more reasonable, as well. Accordingly, the detention period for individual crimes will be a maximum of 48 hours and a maximum of four days for crimes committed as part of a group.