Turkish court rules to keep terror-linked US pastor in jail, next hearing set for October 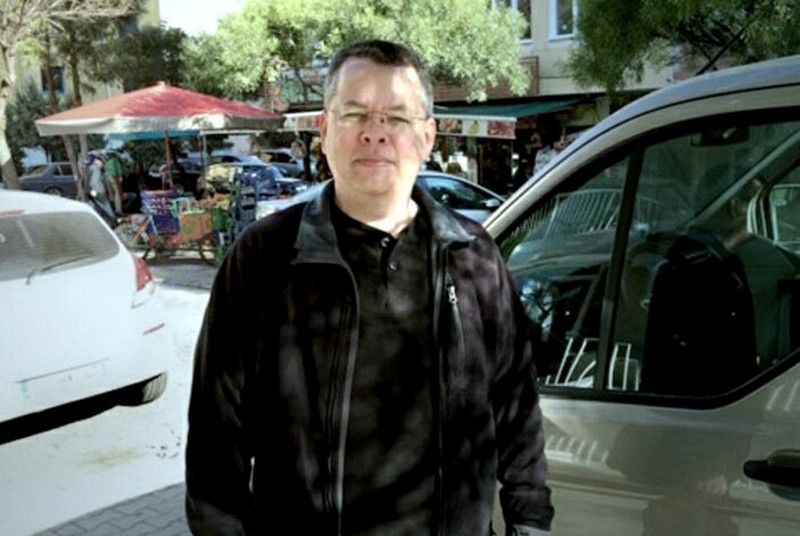 A Turkish court ordered on Wednesday U.S. pastor Andrew Brunson, who is being tried on terrorism and spying charges, to remain in detention, rejecting his lawyer's plea for release.

The judge said the next hearing in the trial would be on October 12.

Brunson, a Christian pastor from North Carolina who has lived in Turkey for more than two decades, was indicted on charges of helping the Gülenist Terror Group (FETÖ), which Ankara blames for the failed 2016 coup, as well as supporting the PKK terrorists organization.

Speaking to reporters in western Izmir province after the ruling, U.S. Charge d'Affaires in Ankara Philip Kosnett said he was disappointed in the results of the hearing, and said the U.S. government remained deeply concerned about his status.

Underlining that the U.S. has "great respect both for Turkey's traditional law as a haven for people of all faiths and for Turkey's legal traditions," as well as "faith in the commitment of the Turkish people to justice," Kosnett said they will continue to follow Brunson's case closely, expressing hope that he is reunited soon with his family.

"@RT_Erdogan should do something to free this wonderful Christian husband & father. He has done nothing wrong, and his family needs him!" Trump tweeted.

Brunson's case was among issues Trump and Erdoğan discussed by telephone earlier this week.

In Washington, State Department spokeswoman Heather Nauert reiterated the administration's call for Brunson to be released.

"We believe he is innocent," Nauert said. "We continue to call on the Turkish government to quickly resolve this case in a timely and transparent and fair manner."

The case of Brunson, who was a pastor at the Diriliş (Resurrection) Protestant Church in Izmir, has been a thorny issue between Ankara and Washington. Washington has repeatedly called for the release of Brunson, claiming he was "unjustly detained."