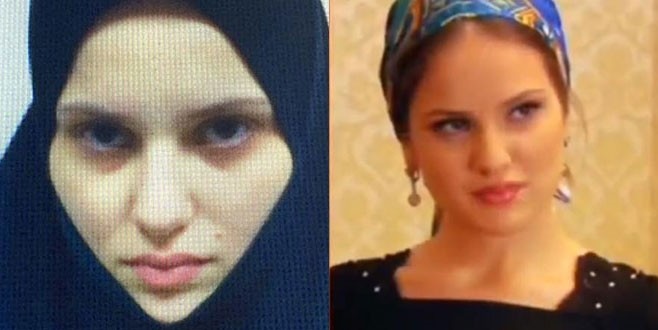 Five Daesh suspects, including Seda Dudurkaeva, wife of Abu Omar al-Shishani, a senior figure in the terrorist group Daesh, was captured in Istanbul.

Officials announced Thursday that the arrest took place on July 4 in Istanbul, and four of the five suspects were later arrested by an Istanbul court.

Chechen leader Ramzan Kadyrov fired Durdurkaev from the ministerial post after his daughter's Daesh membership became a nation-wide scandal. Kadyrov said on his official Instagram account in late November: "Dudurkaev, as the leader of one of the most important structures, has no moral right to speak with subordinates about morality and patriotism and religion. His own daughter is in the ranks of the Wahhabis and bandits, who are shedding the blood of civilians, and blowing up Islamic shrines in Syria."

According to Chechen sources, Dudurkaeva left her privileged life in the country after being radicalized and starting a relationship with another Chechen extremist, Hamzat Borchashvili, online. She then traveled to Syria and got married to Borchashvili, another extremist who was serving as an assistant to al-Shishani, in Aleppo.

However, Borchashvili was later killed in what said to be an attack on his car and was killed while being transferred to a hospital. After her husband's death, Seda was forced to marry al-Shishani, who was at the time leading a predominantly Chechen faction of the terrorist group. Dudurkaeva's family members reportedly traveled to Syria several times to convince her to return to Chechnya but were refused by the young woman.

Hamza's mother Leila Achishvili told the Daily Beast that his son's death might have arranged by al-Shishani in order to marry Hamza's beautiful Chechen wife Seda.