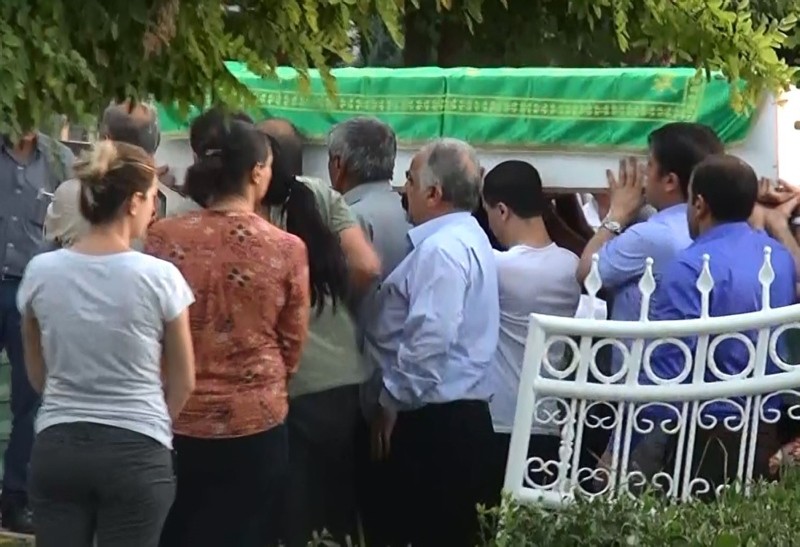 Turkish prosecutors on Friday launched a probe against two Peoples' Democratic Party (HDP) lawmakers for attending the funeral of a PKK terrorist in southeastern Batman province.

The HDP lawmakers attended the funeral of Devran Baysal, also known by his code name Simko Kerboran, who was among the terrorists killed during a counterterrorism operation in southeastern Hakkari region on July 8.

Uca and Tiryaki attended the funeral of PKK terrorist Baysal in Batman and carried the terrorist's coffin on their shoulders.

On Monday, an investigation was launched on HDP lawmakers Musa Farisoğulları and Remziye Tosun who also attended the funeral of a PKK terrorist.

The terrorist in question was accused of killing 15-year-old Eren Bülbül last August in Maçka, Trabzon. He was in the red category of Turkey's most wanted terrorists list for many of his terrorist activities.

Formed in 1978, the PKK terrorist group has fought a long separatist battle with the Turkish state. Its terror campaign has caused the deaths of more than 40,000 people, including women and children. The PKK is listed as a terrorist organization by Turkey, the United States, and the European Union.

The Turkish government has long accused the HDP of having close links with the PKK. In November 2016, 13 HDP lawmakers were arrested, and 10 of them, including HDP co-chairs Selahattin Demirtaş and Figen Yüksekdağ, remain under arrest awaiting trial on charges related to being members or leaders of and committing crimes for the PKK.