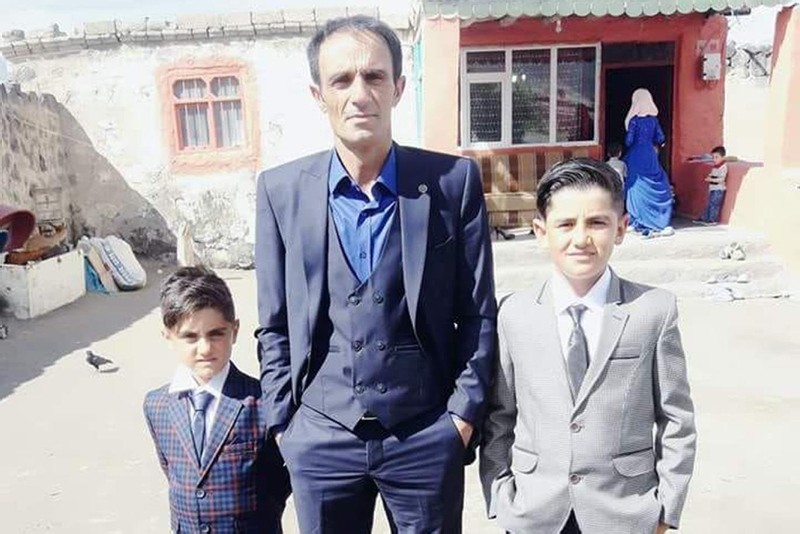 Two PKK terrorists who allegedly murdered a poll observer in the aftermath of last month's Turkish election were killed in eastern Ağrı province while another one has been captured alive, the provincial governor said Friday.

According to the testimony of the third terrorist, the group was behind the murder of Mevlüt Bengi, a local shop owner who served as an election observer for the ruling Justice and Development Party (AK Party) in the June 24 parliamentary and presidential elections.

Bengi was kidnapped, threatened and tortured by PKK terrorists. Later on, he was shot in the head. Locals found him tied to an electricity tower on a mountain, far away from the town center. The terrorists reportedly targeted him for being a collaborator with the AK Party after he served as an AK Party election observer at the ballot boxes in his district, during the elections.

The PKK targeting civilians and AK Party supporters and officials is not new. Civilians in southeastern and eastern parts of the country have long suffered from PKK attacks and a large number of civil servants and civilians have been killed in armed attacks, car bombings and roadside bombs, in addition to security forces.

A young teacher, Necmettin Yılmaz, in Turkey's southeastern Şanlıurfa province was killed by the PKK in the eastern Tunceli province in June of last year.

The 23-year-old teacher's car was waylaid and set ablaze by the terrorists as he drove to his hometown of Gümüşhane, a city in northern Turkey, for the summer break.

In another incident last year, this time in the southeastern Şırnak province, Tayyip Fidan, the father of two village security guards, was kidnapped and killed by the PKK. Fidan was kidnapped by PKK members while taking his animals out to pasture, he was shot and later left in a remote part of the city.

Furthermore, Sami Çiftçi, another civilian, was kidnapped from his home in Çatalca village in southeastern Hakkari province's Şemdinli district last year. PKK terrorists then took the man far away from his home in the Güvenli area and shot him dead.

A teacher, Şenay Aybüke Yalçın, was also killed by the PKK in southeastern Batman province last year. Yalçın was traveling in a car with her colleagues when PKK terrorists launched an attack. The car she was in was hit by stray bullets as terrorists fired shots from assault rifles, targeting a nearby car belonging to a local mayor in the Kozluk district of the province. The terrorists' target was another vehicle carrying lawyer Muhammet Işık, the nephew of Mayor Veysi Işık.

After Yalçın's shooting, the terrorists drove the same vehicle, filled with explosives, into a checkpoint near a police station in the district, wounding three people. The terrorist driving the car was killed in the blast, while the other fled the scene before the blast.

Although there was major damage to the politician's house and car as a result of an explosive attack, no one was hurt in the incident.

On July 1, 2017, Aydın Ahi, the AK Party's deputy chairman of the Özalp district in Van, was kidnapped and shot dead. Hours earlier on the same day, the party's Diyarbakır deputy chairman, Orhan Mercan, was shot in front of his house.

The PKK, listed as a terrorist organization by Turkey, the U.S. and the European Union, resumed its armed campaign against Turkey in July 2015.