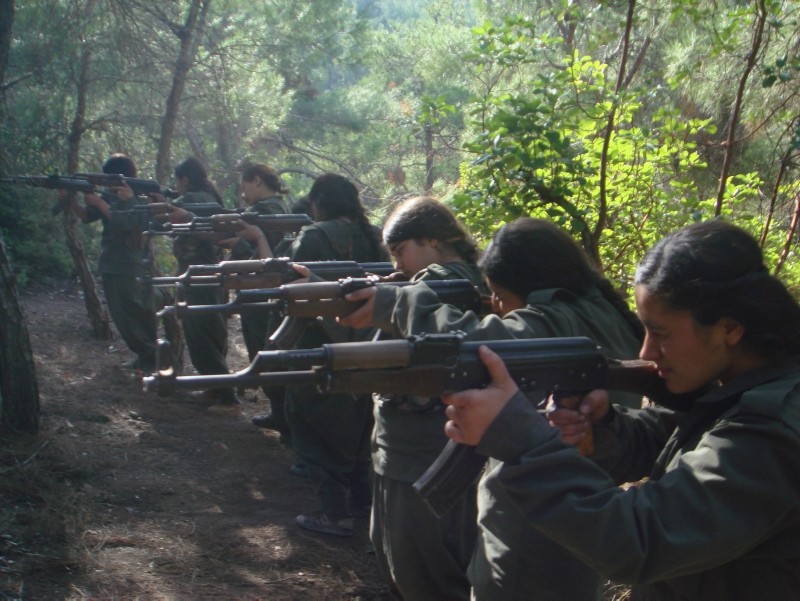 Thousands of people live in camps scattered across parts of Syria held by the terrorist YPG, a U.S. ally against Daesh.

The YPG has used child soldiers in the past, according to the United Nations, HRW and other rights groups, and has not put a stop to the practice despite pledging to do so.

"It's especially horrendous that the group is recruiting children from the vulnerable families in displacement camps without their parents' knowledge or even telling them where their children are," said Priyanka Motaparthy, HRW's acting emergencies director.

International law prohibits non-state armed factions from recruiting anyone under the age of 18, and enlisting children under 15 is a war crime.

HRW spoke to eight families in three displacement camps in northeastern Syria who said the terrorists had encouraged their children to enlist.

The youngest among them was a 13-year-old girl.

"We are poor, so they told my daughter they would give her money and clothes," her mother told HRW. She objected, but her daughter enlisted in the forces and had not been heard from for around a month.

The U.S.-backed Syrian Democratic Forces (SDF), which is dominated by the YPG terrorists, has occupied large parts of northern Syria after years of fierce fighting against Daesh that displaced thousands of people.

A YPG-linked political administration runs much of northern Syria with a system that is autonomous from the Assad regime, complete with its own schools and tax system.

The YPG also enforces military conscription for those above 18 years of age in areas under its control.

The terrorist PKK's Syrian wing did not forcibly conscript minors, HRW told French Press Agency (AFP), but they barred families from communicating with their children and declined to disclose their location.

Sara Kayyali, a HRW researcher who worked on the report, said that left families "very distressed."

"They had no understanding of where their children were, if they were alive or dead, or being sent to the front line," Kayyali told AFP.

The parents of recruited girls were also afraid that news that their daughter had disappeared would reflect badly on them in their communities, she said.

"This comes in the context of several arbitrary restrictions on freedom of movement — essentially what seems to be refugees saying they're stuck until they agree to be conscripted," Kayyali said.

HRW earlier this week said the YPG terrorists in the north were "unlawfully restricting" the freedom of movement of thousands in displacement camps.

Last year, the U.N. found 224 cases of child recruitment by the YPG and its female forces, nearly five times the number in 2016. It said the YPG had forcibly abducted the children in at least three cases.