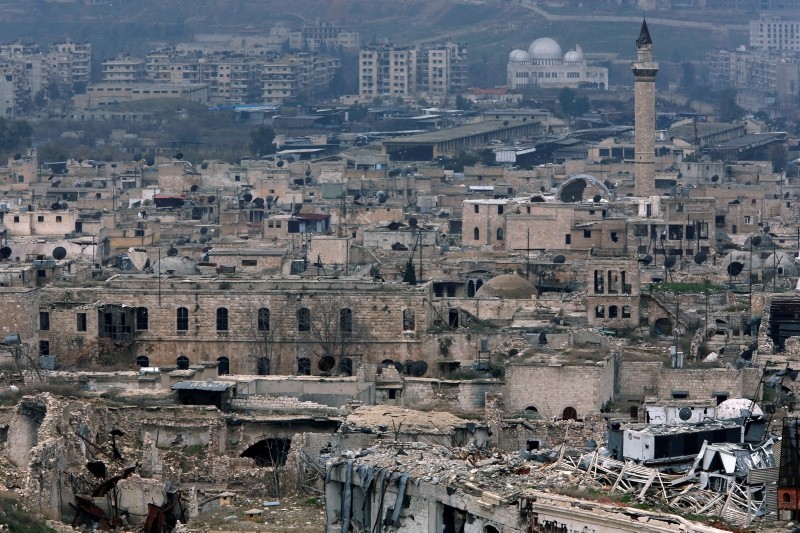 Around 1,300 YPG/PKK terrorists have been transferred to Aleppo to support Syria's Bashar-al Assad regime's possible operations against the opposition, as part of their collaboration.

While the terrorist group and Assad regime appear to be stepping up their partnership, Turkish and the U.S. forces have continued to conduct joint patrols in the region as part of a deal aimed at purging the area of the YPG/PKK presence.

The two sides had previously strengthened their contacts, and had discussed military partnership, economic autonomy of the areas occupied by the organization, as well as cooperation against Turkey.

According to information obtained by Anadolu Agency correspondents based in the region, the terrorist organization have acted for the first time for the regime and its supporters to back a possible operation in Aleppo's countryside and areas of Idlib.

Over the past two weeks, the organization has sent about 1,300 terrorists to Aleppo to participate in possible operations against the military opposition. Concordantly, the last 100-person convoy arrived in Aleppo via Manbij on Saturday morning.

Together with the regime and Iran-backed militants, the terrorists will join the operations in the opposition-held areas in the western countryside of Aleppo.

With the loss of Afrin due to Turkey's Operation Olive Branch earlier this year, which rid a large part of Turkey's borders of the terrorist group, the YPG/PKK plans to settle in the district once again.

Web pages close to the YPG/PKK terrorist organization have previously claimed they would join the regime's operations against the opposition in Idlib and Aleppo.

Thus, the terrorist organization plans to strengthen good relations with the regime and Russia by supporting the regime's attacks on the opposition.

In July, The YPG/PKK terrorist group agreed to hand responsibility for several of Syria's most lucrative oilfields over to the regime, wrapping up several weeks of negotiations.

Later, ties between the regime and the organization began to strengthen.

The regime and the YPG/PKK reportedly agreed to form a joint "police force" to secure the Manbij area composed of pro-regime tribesmen and YPG/PKK terrorists.

They also discussed details of managing of the YPG/PKK-occupied territories in the capital Damascus.

According to map calculations by Anadolu Agency, the Assad regime controls about 59 percent of Syria, while YPG/PKK controls 27.7 percent of the country.