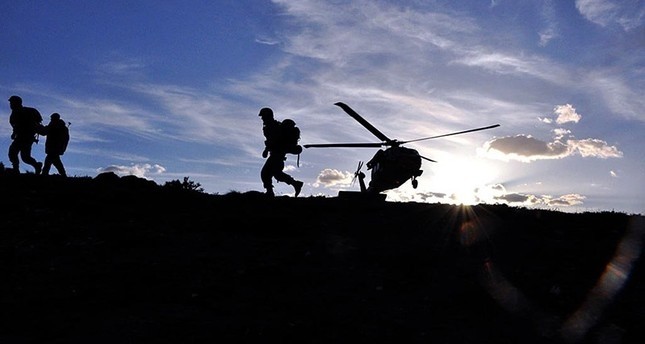 Turkish army neutralized a wanted PKK terrorist, Vehbi Taş, on Aug. 7 in southeast Turkey, according to the Turkish General Staff on Monday evening.

Taş, codenamed Serkeft Şiyar, was in the orange colored wanted list. The wanted list is divided into five color-coded categories, with red as the most wanted followed by blue, green, orange and grey.

In a Twitter post, the army said the wanted terrorist was among four PKK terrorists neutralized during an air-backed operation in a rural area of southeastern Sirnak province.

Meanwhile, interior ministry said at least 47 PKK terrorists were "neutralized" as part of anti-terror operations across Turkey over the past week.

In a statement, the ministry said the Turkish Armed Forces carried out 2,218 ground and air operations on Aug. 6-13.

The ministry said 35 of the terrorists were killed, three captured, and nine others surrendered to authorities.

During the operations, 128 people were arrested for allegedly aiding and abetting the PKK terrorist group and 39 others for their suspected links to the Daesh terrorist organization.

Another 312 people were arrested over the past week for suspected links to the Fetullah Terrorist Organization (FETÖ), the group behind the July 2016 defeated coup, which martyred 251 people and injured nearly 2,200.