46 PKK terrorists 'neutralized' in a week, including 4 on wanted list 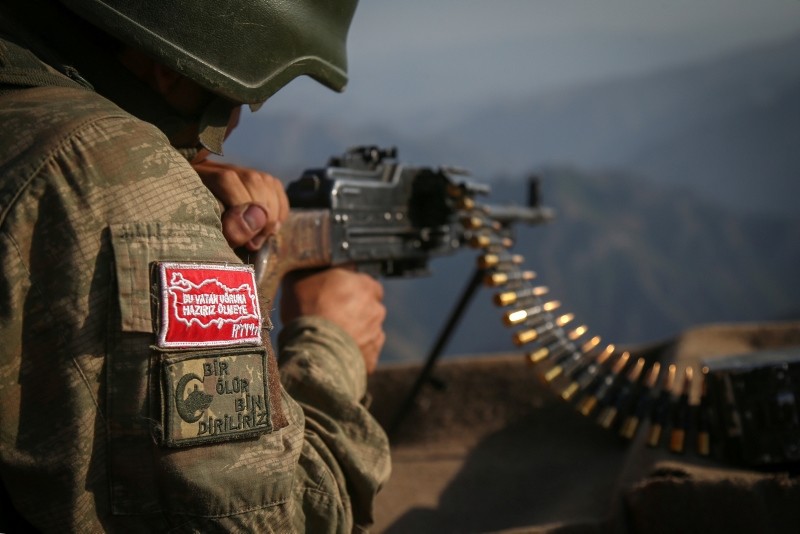 Turkish security forces "neutralized" 46 PKK terrorists as part of anti-terror operations over the past week, the Interior Ministry said on Monday.

In a statement, the ministry said the 46 terrorists were neutralized in nationwide operations from Aug. 27 to Sep. 3.

In its more than 30-year terror campaign against Turkey, the PKK – listed as a terrorist organization by Turkey, the U.S. and the EU – has been responsible for the deaths of some 40,000 people.

The ministry said that 25, including four so-called senior members, of the terrorists were killed, while 12 were captured alive and eight others surrendered to authorities.

Two of the killed terrorists were identified as Deniz Yüksel, codenamed "Haki", and Cihan Gerçek, codenamed "Baran Dersim". Both had been on Turkey's most wanted terrorist list.

Among the eight terrorists that were captured alive, Merdan Rüştü Ovalıoğlu, codenamed "Leheng Dersim", or "Adil", and Abdülhamit Özbahçeci, a so-called senior figure codenamed "Mazlum Pling" were on the ministry's wanted list.

The security forces carried out a total of 2,290 ground and air operations.