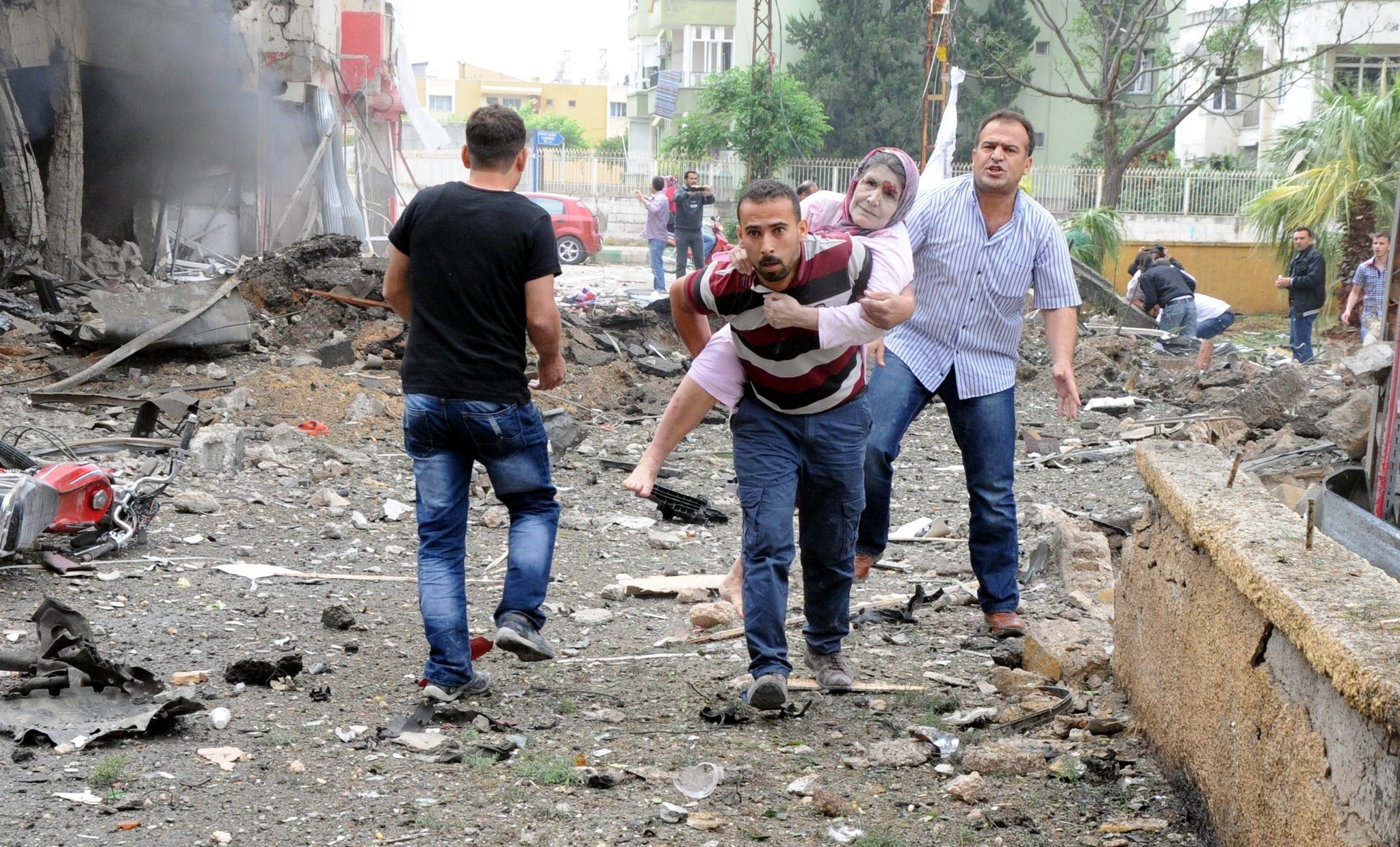 Yusuf Nazik, the recently captured perpetrator of the Reyhanlı bombing that left 53 people dead, told authorities that a U.S. citizen was also involved in the attack

The perpetrator of the Reyhanlı bombing that killed 53 people in 2013 has expanded his confession revealing that an American was also involved in the preparation of the attack.

Yusuf Nazik, who was captured by Turkey's National Intelligence Organization (MİT) in Syria last week, said during his confession that an American citizen involved in the attack spoke both advanced Turkish and Kurdish and was the one that Nazik contacted in Turkey ahead of the attack. Following Nazik's confessions, Turkish security forces established a special crew of 40 to investigate the U.S. citizen he mentioned.

Nazik also revealed his relationship with Mehmet Gezer, another perpetrator of the attack who was captured in Montenegro in 2016 and delivered to the U.S. where he is currently being detained. Nazik said he met with Gezer six months before the attack. According to Nazik's statements, Gezer, who is also known for his smuggling activities, introduced Nazik to other perpetrators of the attack and provided the link with the Syrian intelligence service. Gezer called the authorities to notify them of the attack. The connection between Gezer and the prosecutor of the Reyhanlı case at that time, Özcan Şimşek, who was later revealed to be a member of the Gülenist Terror Group (FETÖ), on the other hand, is still being investigated. Şimşek previously said he met with Gezer once.

Confessing that the attacks were initially planned for either the central Anatolian Ankara or Konya provinces, Nazil also said that the main figure behind the plot was Mihraç Ural. Ural is a Turkish national and the leader of a small Shabiha group, known as the Syrian Resistance. He and several other suspects are being sought by Turkey for their roles in the attack. Ural's group, also known as "Acilciler," fight alongside the Bashar Assad regime in Syria.

Media reports said last week that Ural was wounded in an attack. Ural is one of the most-wanted terrorists in Turkey with Turkish officials offering a TL 1 million ($160,000) reward for his capture.

Yusuf Nazik, who was listed in the "blue" category of Turkey's most wanted terrorists list, was brought from Syria's port city Latakia, a stronghold of Syria's Assad regime, to Turkey by MIT agents and interrogated. According to his confession, he was given up-to-minute intelligence from Syrian intelligence units and scouted the crime scene prior to the attack, then moved explosives from Syria to Turkey. Nazik also added that he procured two vehicles to move the explosives. Reportedly, Nazik was not only helped by the Assad regime during the Reyhanlı attack but also maintained his life in Latakia with assistance from the regime.The Reyhanlı bombing on May 11, 2013 had a significantly high death toll as a bomb-laden vehicle was detonated in the town center first, killing scores and causing destruction, and then a second vehicle was detonated five minutes later after dozens, including civilians, first-aid units and security forces, had rushed to the area to help those wounded in the attack. In addition to killing 53 people and injuring dozens of others, the attack devastated the district, damaging 912 houses, 891 businesses and 148 vehicles.