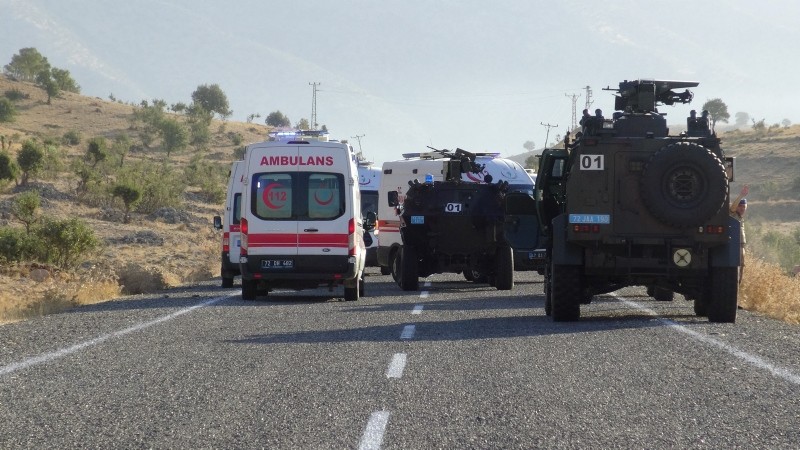 Seven Turkish soldiers were killed and two others wounded in a PKK terror attack on Thursday in southeastern Batman province, according to local sources.

In a statement, the Batman Governor's Office said four soldiers were killed and five others were wounded in a rural area of Gercüş district.

The terrorists detonated an improvised explosive planted in the road when an armored military vehicle passed through the area, it added.

Later, three soldiers succumbed to their wounds at the Batman Region State Hospital, said a health officer, who asked not to be named due to restrictions on speaking to the media.

Two wounded soldiers are under treatment, the source added.

A wide-scale operation is ongoing in the area to nab the terrorists.

President Recep Tayyip Erdoğan said Thursday that Turkey's patience wears thin against terrorists and vowed retaliation against those who are responsible for the attack.