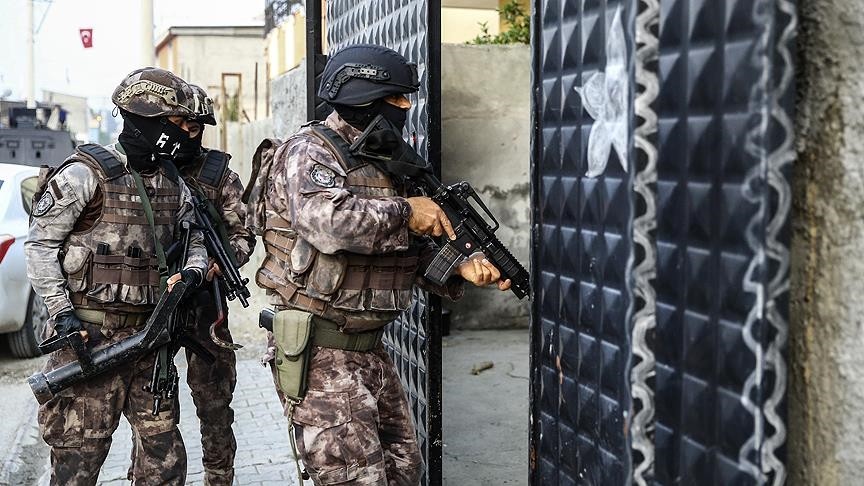 Of 105 suspects sought with outstanding detention warrants in the Diyarbakır-based operations, 90 were detained in Diyarbakır, four in Istanbul, two each in Mersin and Van, and one each in the provinces of Mardin, Ankara, Batman, Şanlıurfa, Şırnak, Elazığ and Siirt.

The Diyarbakır Chief Prosecutor's Office in southeastern Turkey issued the warrants. It said that the suspects were part of a network that acted upon instructions of PKK leaders.

The operations carried out in 183 locations also saw the seizure of digital and print propaganda material for the terrorist group.

Separately, in the Van leg of the operations 39 people were detained, and eight others were detained in the Çaldıran district of Van on charges of , being a member of the PKK terrorist organization and making terror propaganda.

Six suspects were also detained in Istanbul for engaging in pro-terrorist activities.

The nationwide operations come amid an intense campaign to weed out the terrorist group from its hideouts in the mountainous areas in southeastern and eastern Turkey.

The prosecutors say that the suspects were members of group's branches "women's wing, urban assemblies and press branches."

The Turkish government has long accused the HDP of having close links with the PKK. In November 2016, 13 HDP lawmakers were arrested, and 9 of them, including HDP co-chair Figen Yüksekdağ, remain under arrest awaiting trial on charges related to being members or leaders of and committing crimes for the PKK.

The lawmakers face prosecution under anti-terrorism legislation after their parliamentary immunity was lifted in May 2016.

The PKK, which claims to fight for Kurdish self-rule in southeastern Turkey, launched its first attack in eastern Turkey more than three decades ago.

It is responsible for killing tens of thousands of people since then, from security personnel to civilians. After a brief lull in its activities in the wake of the government's reconciliation process that sought to grant more rights to the Kurdish community, it resumed its campaign of terror in 2015. Since then, hundreds of people have died in PKK attacks concentrated on the southeastern and eastern region.

In response, Turkey launched more operations against the terrorist group and expanded its scope to northern Iraq, where rugged terrain offers a hideout haven for the PKK.

The Turkish military conducts almost daily airstrikes in Iraq's north and ground campaigns in areas near the border to hunt down the group's members.

The PKK, meanwhile, has continued its attacks. It killed one soldier and wounded four others in a missile attack on a military outpost in southeastern Hakkari's Çukurca district yesterday.

Last week, eight soldiers were killed in a roadside bombing carried out by the PKK in Batman. Authorities vowed to retaliate after the attack, with President Recep Tayyip Erdoğan pledging that they would make PKK pay for the attacks.

"We will finish them by going into their dens. We will end them in Sinjar and Qandil," he said in a speech last week in reference to the Iraqi regions where the PKK's leadership is believed to be in hiding.