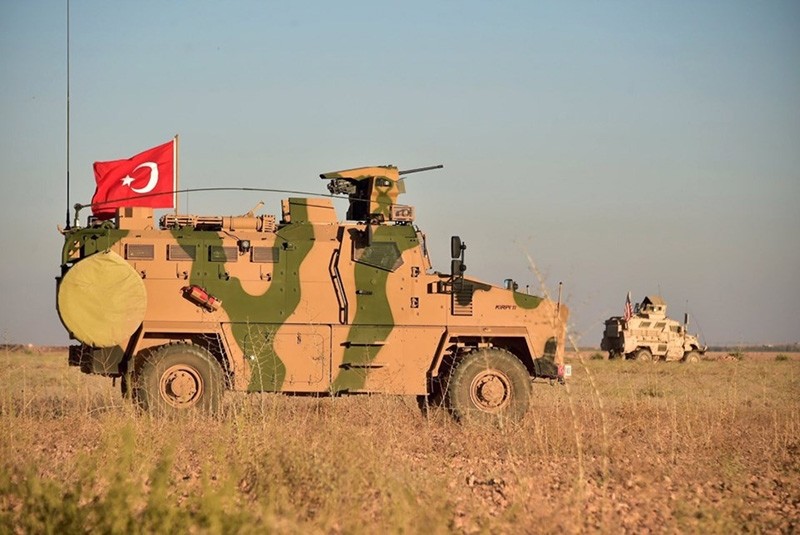 Turkish and U.S. military on Thursday started conducting joint patrols in northern Syria's Manbij in line with a deal between the two countries.

"The joint patrols of Turkish and U.S. troops — on which we have made plans and completed training and which we said would start — began at 3:53 p.m. local time [1353GMT]," Defense Minister Hulusi Akar said at the Turkish Parliament.

Turkish and U.S. troops patrolled around the Saju Stream, which separates the Manbij frontline from the city of Jarabulus, an area falling under Turkey's Operation Euphrates Shield, according to Anadolu Agency reporters on the ground.

The U.S.-led coalition, Combined Joint Task Force-Operation Inherent Resolve (CJTF-OIR), said in a statement that the combined patrols allow U.S.-led coalition and Turkish military to complement the local security structure for security and stability in Manbij.

"Maintaining security and stability in Manbij is imperative to sustaining momentum during the ongoing defeat-ISIS (Daesh) operations in eastern Syria and for the safe and voluntary return of refugees and internally displaced persons," it said.

"Our interoperability ensures our ability to work together to continue to protect the civilians of Manbij in our common goal of the enduring the defeat of Daesh," said Ghika. "We're fully supportive of the road map and the combined joint patrols, and I am confident they will be very effective."

Since June 18, the Turkish Armed Forces have carried out 68 individual patrols in Manbij.

As agreed by the two NATO allies in June, Turkish and U.S. forces are currently carrying out patrols in Manbij, but those are independent of each other. Conducting joint patrols is seen as a way to tamp down potential violence between the various groups in the area.