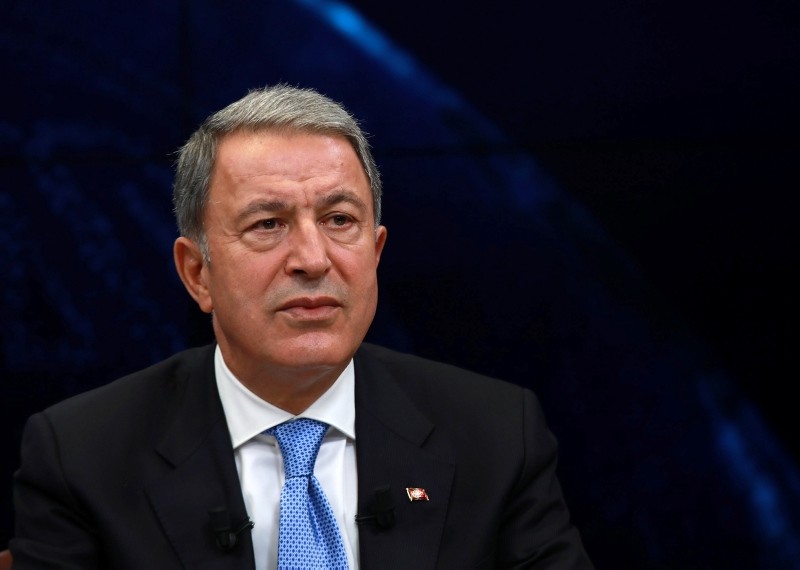 "Even though it was promised that the YPG will be removed from Manbij, the terrorist organization is digging trenches in Manbij just like it did in Afrin," Akar said.

In June, Turkey and the U.S. agreed a deal that focuses on the withdrawal of the PKK-affiliated YPG terror group from the Syrian district. Manbij has been a major sticking point in the strained relations between the U.S. and Turkey. Ankara considers the YPG to be an organic Syrian extension of the PKK terror group, which is listed as a terrorist group by Turkey, the U.S. and the EU.

Earlier this week, Akar announced the completion of the Turkish-U.S. forces' training for joint Manbij patrols in line with the deal.

He added that some 260,000 Syrian nationals have returned to a swathe of land in northern Syria liberated from terrorists during Turkey's Operation Euphrates Shield that was launched on Aug. 2016.

Speaking about the PKK threat from Iraq, Akar said Turkish military operations in the country's north will continue in light of Iraqi central government and the Kurdistan Regional Government (KRG)'s failure to take necessary steps against the terror group.

"In this context, our operations [against the PKK] will continue until the end of the terror threat originating from Iraq," the minister stressed.

Akar's comments come as President Recep Tayyip Erdoğan signaled imminent start of an anti-terror operation east of the Euphrates River in northern Syria, which is currently occupied by the U.S.-backed Syrian Democratic Forces (SDF), a group dominated by the YPG terrorists.