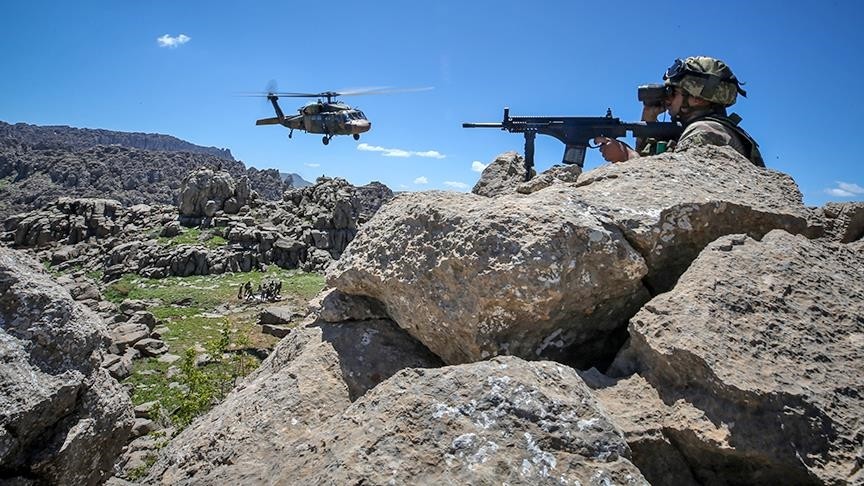 At least 45 terrorists including two so-called senior figures have been neutralized in counter-terrorism operations across Turkey over the past week, the country's Interior Ministry said Monday.

The ministry said in a statement that a total of 2,143 anti-terror operations were conducted between Oct. 29 and Nov. 5.

A total of 25 terrorists were killed, 10 were captured, while another 10 terrorists surrendered to Turkish security forces, the statement said.

Selim Demiroğlu codenamed Fırat Çeli, who was on the orange category of the Interior Ministry's wanted list and Ilyas Karakoç codenamed Baran, who was being sought on the gray category-were among the neutralized terrorists.

In its more than 30-year terror campaign against Turkey, the PKK — listed as a terrorist organization by Turkey, the U.S. and the EU — has been responsible for the deaths of nearly 40,000 people, including women and children.