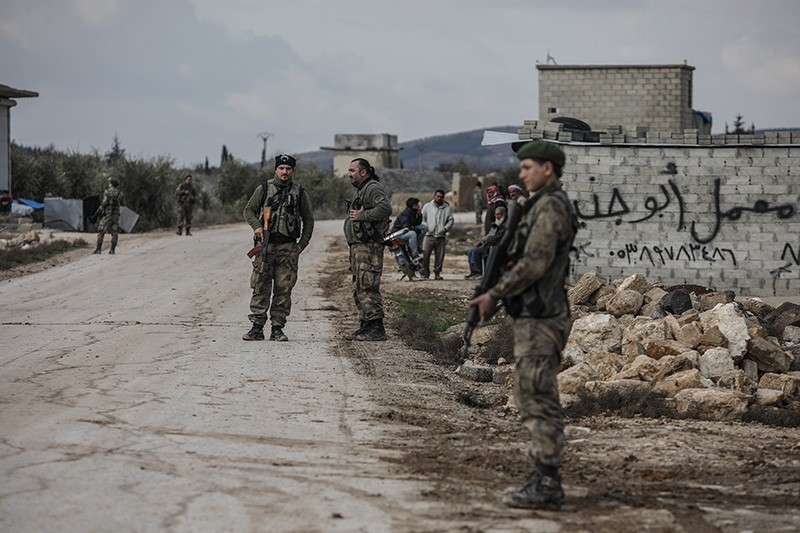 The Free Syrian Army (FSA), with the support of Turkish Armed Forces (TSK), began carrying out an operation Sunday against a gang carrying out theft and extortion in northern Syria's Afrin province, according to security sources in the region.

The 300-member Al-Sharqiya Martyrs group – led by Abdulrahman Al-Hussein, codenamed Abu Havle – had been seeking to destabilize the region, which was liberated from PKK-affiliated People's Protection Units (YPG) and other terrorist groups in March.

Following the operation, a curfew was also declared in the province. Syria's Radio Al-Kul reported yesterday that an agreement was reached to end the fighting; however, no official statement was released on the issue.

The operation is slowly progressing as the militants are using civilians as human shields in and around their headquarters in the city. The gang has been pressed into two points in Afrin town center by FSA forces and civilians were evacuated.

In accordance with the efforts to provide stability in the region, Turkey has carried out two major cross-border operations into Syria since 2016 – Operation Euphrates Shield and Operation Olive Branch – meant to rid border areas of terrorist groups such as the PKK and its Syrian affiliate the YPG, which threaten both Turkey and the local population.

Turkey launched Operation Olive Branch on Jan. 20 to remove the YPG from Afrin. The Turkish military and FSA entered Afrin town center and liberated it from terrorists on March 18. Following the operations, Turkey has also been involved in efforts to rebuild the town's infrastructure, as well as health and education institutions.