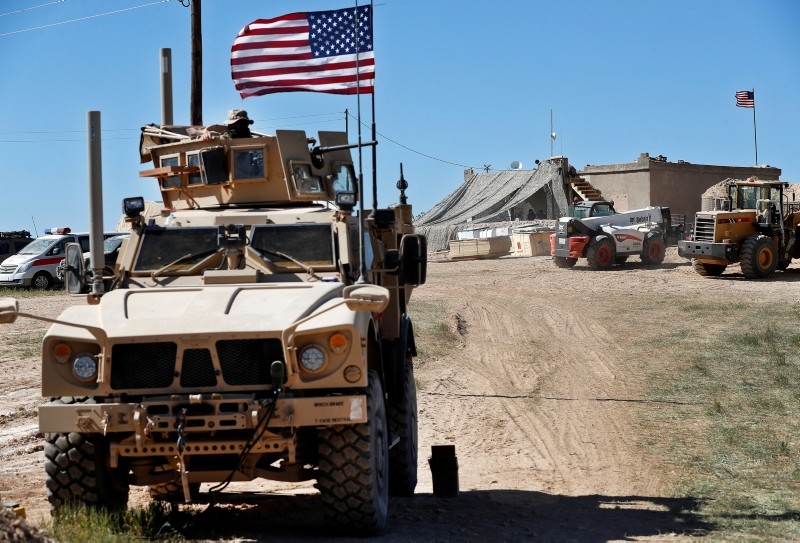 A US soldier, left, sits on an armored vehicle behind a sand barrier at a newly installed position near the tense front line between the US-backed YPG terrorists and the Turkish-backed Free Syrian Army, in Manbij, Syria, April 4, 2018. (AP Photo)
by Daily Sabah with AA Nov 21, 2018 12:00 am

Turkey has "legitimate" concerns about terror threats in Syria and the U.S. does not dismiss any of its concerns, he told reporters at the Pentagon.

The U.S. is consulting "closely" with the Turkish military and the State Department, the defense chief said.

"We are going to track any threat that we can spot going up into Turkey. That means we will be talking to Turkey's military across the border," added Mattis.

Ankara has long told Washington that the YPG is no different from the PKK, and partnering with one terrorist group to fight another is unacceptable.

YPG is the Syrian wing of PKK terrorist group but the U.S. does not recognize it as such, U.S. Special Representative for Syria James Jeffrey also confessed recently.