Turkey, US carry out 2nd round of training for Manbij patrols 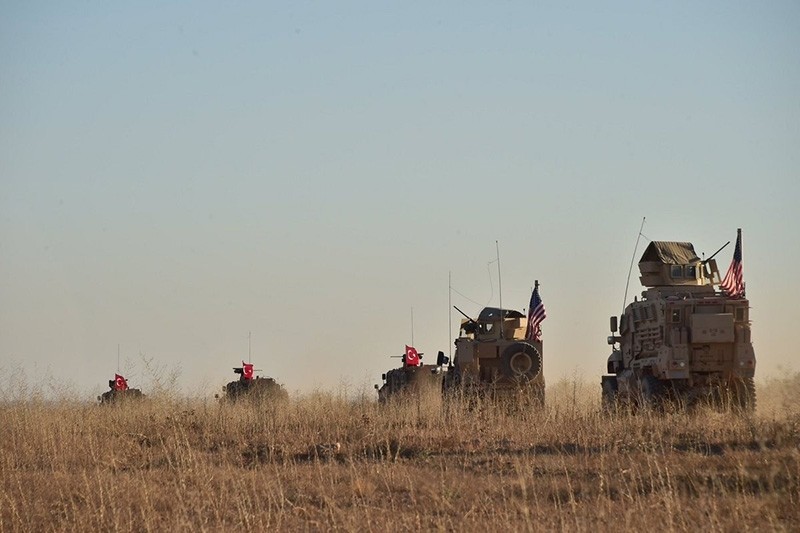 Turkish and U.S. troops carried out the second round of trainings for combined patrols in Manbij, northeast of the Aleppo Governorate in Syria, as part of a deal to rid the area of the PKK-affiliated People's Protection Units (YPG) terrorist group, the military said Sunday.

The Turkish Armed Forces said on Twitter: "In accordance with the Manbij Road Map and Security Principles, Turkish and the U.S. Armed Forces troops completed the second joint trainings on combined patrol activities in Manbij."

Turkish and U.S. troops began joint patrols in Manbij on Nov. 1 as part of an agreement that focuses on the withdrawal of YPG terrorists from the city to stabilize the region.

The YPG is the Syrian offshoot of the PKK, a terrorist group recognized by Turkey, the U.S. and the EU which in its 30-year terror campaign has taken some 40,000 lives.

The U.S. has claimed the YPG/PKK is an "ally" in the fight against Daesh over Turkey's objections that one cannot use a terrorist group to fight another.

Turkey has repeatedly cited evidence that the YPG is no different from the PKK.