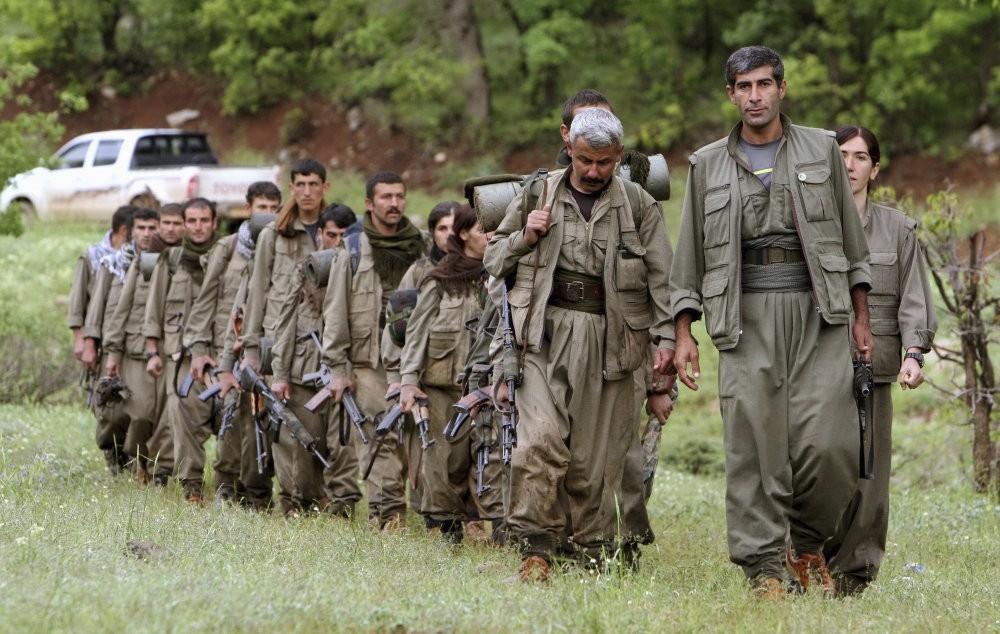 With the government's successful anti-terror operations, effective policies and cooperation with families in the region, a sharp decline has been witnessed in the PKK's recruitment, according to the interior minister

The terrorist group PKK has seen the number of new enlistments plummet and many of its members have left as a result of the government's effective anti-terror policies.

He added that the terrorist group has been tricking young people into coming to their camps, where many of them faced sexual abuse. "There have not been any strong reactions from the West against the [PKK's] human rights violations," he said.

Murat Yeşiltaş, the security studies director at the Foundation for Political, Economic and Social Research (SETA), told Daily Sabah that one of the methods being used by the government to encourage members of the PKK to quit is through their families. "With the help of their family members, people who were abducted or tricked by the terrorists into joining the group, have been persuaded to leave," he said.

He added that aside from persuasion, the government already has mechanisms in place and there are also some cases where the terrorists left the group by themselves.

The senior figures' fear mongering at the PKK terrorist camps have often prevented young people from leaving as they were told that they would be killed if they surrendered to security forces.

However, Turkish officials get in touch with the families of these people, making sure they will not be harmed. When the person is persuaded to come back, the judicial process begins and the former members of the group provide information about the terrorist group.

Commenting on the process following their decision to leave the PKK, Yeşiltaş said: "Once the terrorists are persuaded to leave the PKK, the government does not abandon them once the judicial process ends. With various programs, it attempts to reintegrate them into society with the help of experts. The government also has programs for those in jail so that they will not be radicalized again and go back to the terrorist camps once released."

Formed in 1978, the PKK terrorist group has been fighting the Turkish government for an independent state. Its terror campaign has caused the deaths of more than 40,000 people, including women and children. The PKK is listed as a terrorist organization by Turkey, the U.S. and the European Union.

According to an Interior Ministry report released in October, the latest examination of numerous testimonies and interviews of former PKK terrorists portrayed a detailed picture of the terrorist organization's exploitation of children.

The report states that the testimonies of these former members mostly illuminate the period following the mid-1990s, which are full of "numerous undeniable human suffering stemming from random rapes and the executions of so-called traitors who were circulating such stories."

According to these testimonies, children (both girls and boys) between the ages of 9 to 14 are forced to have sexual intercourse with adult members of the terrorist organization and resistance to such demands results in harsh punishment, especially for girls refusing sexual demands are accused of being agents and traitors. However, at the same time, people who are accused of having sexual intercourse, especially women, are also executed by the PKK.