Turkey pushes US to decide on YPG in northeastern Syria 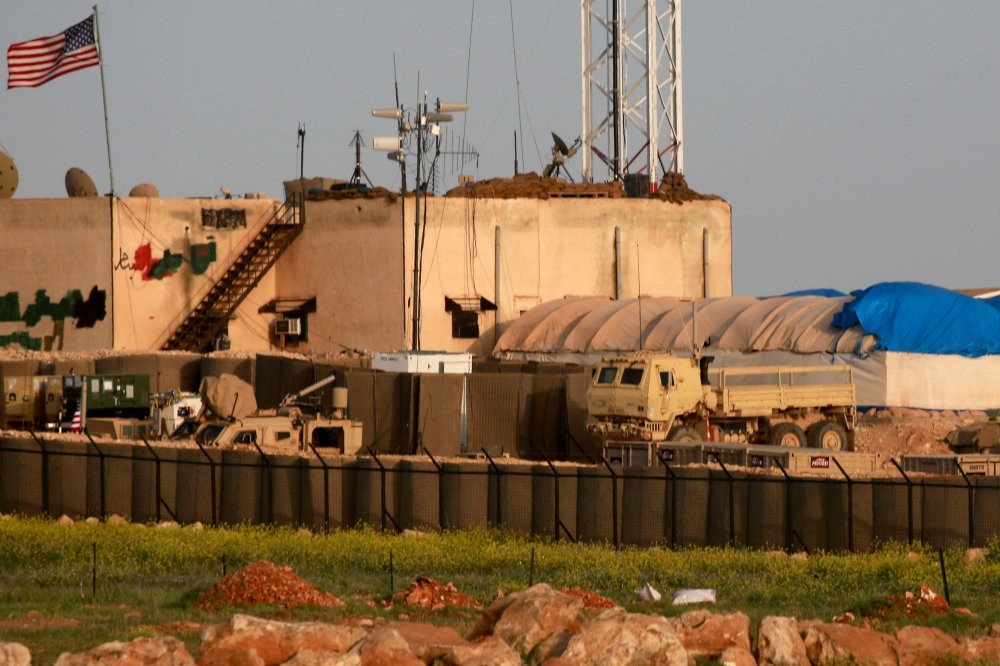 A general view of a U.S. military base in the al-Asaliyah village, located between the Syrian city of Aleppo and the northern town of Manbij, April 2.
by daily sabah
Dec 12, 2018 12:00 am

The U.S.' ongoing support to the YPG continues to create tensions with its NATO ally, Turkey, which sees Washington's positive attitude towards the terrorist organization as a 'betrayal of the region'

Ankara reiterated yesterday its call for Washington to halt its support to the PKK-affiliated People's Protection Forces (YPG), stating that Turkey will not remain idle in the face of security threat emerging from the terrorist group's presence in northeastern Syria.

"If the U.S. is intended to train YPG forces, it is an extremely wrong step and a betrayal to the region. We cannot overlook such moves," Foreign Minister Mevlüt Çavuşoğlu said yesterday.

Ankara and Washington have been at odds now due to the latter's support for YPG under the pretext of fighting against Daesh. The U.S. had provided military training and given truckloads of military support to the YPG, despite Ankara's warnings that the group share organic organizational and operational links with the PKK that claimed the lives of more than 40,000 people its 30-years terror campaign against Turkey. In the wake of YPG threat to near its border, Turkey launched two cross-border military campaigns in the past two years.

Turkey also warned that it is ready for a cross-border operation into the east of the Euphrates if the threat continues despite all the diplomatic efforts.

"As Turkey, our expectation from the U.S. is for it to act according to the spirit of the alliance in every single area," Vice President Fuat Oktay said on Monday.

Pointing out that Ankara has been using all diplomatic means to end Washington's help to the YPG, Oktay warned that if the diplomatic efforts fail, "Turkey is fully prepared for any operation in the area."

Çavuşoğlu also urged the U.S. to ramp up its enforcement of the Manbij deal and highlighted that it is time to determine and train security forces that will guard the region. "Despite all the delays, Manbij deal and similar deals for the east of the Euphrates should be implemented to ensure the stability in the region," he added.

The Manbij agreement was inked between Turkey and the U.S. in early June. The deal foresees a three-month timetable for the withdrawal of the YPG from the province and joint patrols to be conducted by the militaries of both countries in order to establish stability in the region. However, the U.S. has been dragging its feet on the implementation of the deal for some time now.

Not only Turkey has been expressing its discomfort over Washington's support for the terrorist group and YPG's atrocities in Syria, but also other Syrian Kurdish people conveyed their uneasiness over YPG to the U.S.

During his visit to Turkey, the U.S. special representative for Syria, James Jeffrey, and representatives of the Syrian Kurdish National Council (ENKS) met last week in Turkey's southeastern province of Şanlıurfa.

Abdul Aziz Temo, a leader from ENKS and the brother of opposition Kurdish politician Michel Temo who was killed by PKK/YPG in Syria's Qamishli in 2011, indicated that they informed Jeffrey about YPG atrocities against their organization and other Kurdish local people in the east of the Euphrates River.

"We told Jeffrey that in order for 200 thousand people to return to northern Syria's Ayn al-Arab region, YPG's repressive policies should be eliminated and a political solution should be found. If there is no fear, people will return to their hometown on their own," he was quoted by Sputnik as saying.

Pointing out that YPG is arresting other politicians in the region, Temo stated that he was also arrested by YPG for being a leader in ENKS for three months. In relation to Turkey's concern in the east of the Euphrates River, Temo underscored that Turkey does not oppose Kurdish presence in the east of the Euphrates, but, it is against the presence of PKK-affiliated groups in the region. He highlighted that when PYD take the control of certain areas by fighting against Daesh, they hanged the posters of imprisoned PKK Leader Abdullah Öcalan and he said: "It is not right."

Previously, Temo told a local newspaper that the YPG has nothing to do with the protecting Kurdish people's rights and added that Turkey is not the enemy of Syrian Kurds.