Turkey destroys PKK tunnels, warehouses in Iraq's Sinjar ahead of op against YPG in Syria 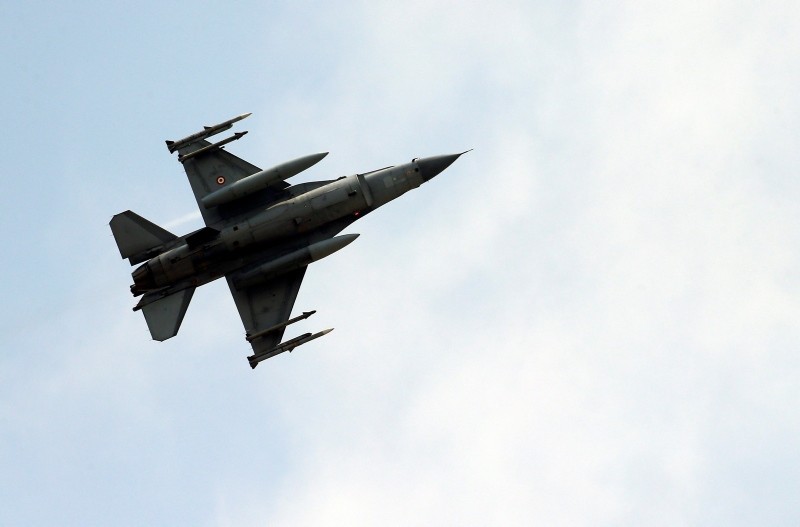 According to a statement issued by the Ministry of Defense, the air raid was conducted to preserve national security and prevent terrorists' attacks coming from northern Iraq in line with the right of self-defense stipulated in Article 51 of the United Nations Charter.

The operation on Mount Karajak, 180 kilometers away from the Turkish border, was the farthest air operation carried out by the TSK into Iraqi territory. The Defense Ministry's statement said that more than 20 aircraft, including fighters, drones and tanker aircraft, destroyed tunnels and warehouses built by the PKK in Sinjar and Mount Karajak, an important base for the terrorists, with the utmost attention to avoid any harm to civilians' safety and property. The operation was also overseen by Defense Minister Hulusi Akar in cooperation with intelligence services.

"This task is over, we will be ready for the next missions with the same seriousness and sincerity. We will continue our operations until the last terrorist is neutralized," the defense minister Friday told media about the operation.

"This operation is a message to terrorists, supporters of terrorists and coups," Presidency Communications Director Fahrettin Altun said on Thursday on his Twitter page regarding the air raids.

The Turkish government has repeatedly called on the Iraqi government to eradicate the PKK threat in Sinjar. If not, Ankara says, the TSK will exercise its rights and launch a cross-border operation in the area as it did during Operation Euphrates Shield and Operation Olive Branch into Syria.

In mid-2014, the PKK managed to establish a foothold in Sinjar on the pretext that it was protecting the local Yazidi community from Daesh. Since then, the PKK has reportedly established ground in Sinjar as a new base for its logistical and command-and-control activities.

The United States' ongoing steadfast support to the PKK's Syrian affiliate the People's Protection Units (YPG) and the terrorist organization's subsequent increase in strength in the region have prompted Ankara to take necessary steps to ensure its national security.

President Recep Tayyip Erdoğan announced Wednesday that an operation to clear the eastern parts of the Euphrates River from terrorists would be launched in a few days. Speaking at the Turkish Defense Industry Summit held at the Beştepe Presidential Complex in the capital Ankara, Erdoğan said, "It is time to realize our decision to wipe out terror groups east of the Euphrates."