Turkey will clear Syria’s Manbij of YPG terrorists if US doesn’t, Erdoğan says 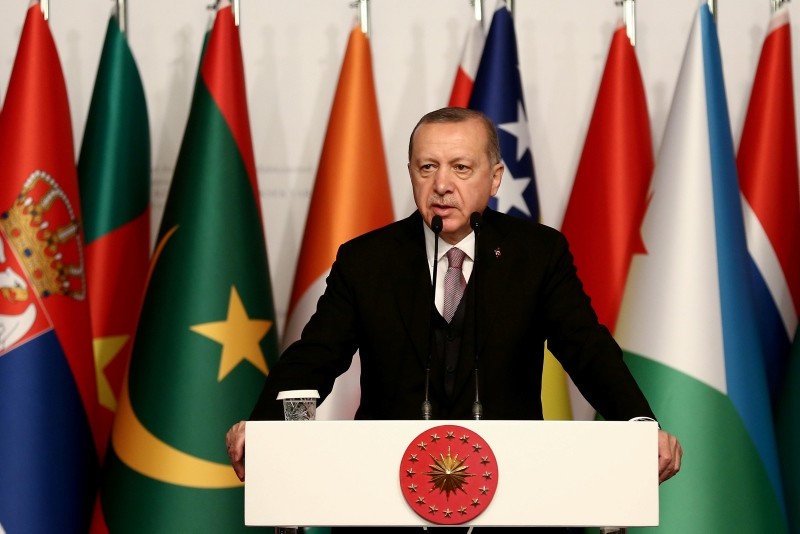 "Manbij is a place 85-90 percent populated by Arabs, but they (the U.S.) have completely given it to a terrorist organization. They said we're going to eject them. They did not. If you don't, we will enter Manbij," Erdoğan said, speaking at a judiciary conference of the Organization of Islamic Cooperation (OIC) in Istanbul.

The president also reiterated Turkey's determination to bring peace to the area east of the Euphrates River in Syria.

"Turkey has lost enough time in tackling the terrorist swamp in the east of the Euphrates. We cannot tolerate a single-day delay for this," he said.

Addressing the YPG attack, which left one Turkish soldier dead Thursday in Tel Rifaat, Erdoğan said it showed how right Turkey was to conduct Operation Olive Brach in Afrin.

"This [attack] shows that the terrorists and weapons piling on our borders will eventually target us," the president added, slamming the U.S. for the continuing supplying arms and training to the YPG terrorists.

Earlier this week, Erdoğan announced that Turkey will launch another anti-terrorist operation in northern Syria, targeting the area east of the Euphrates within a few days.