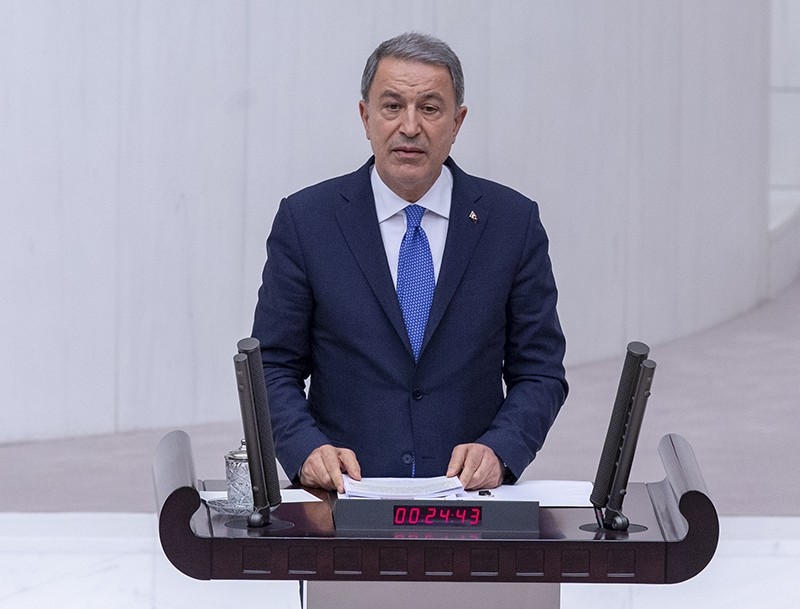 Defense Minister Hulusi Akar said Tuesday that northern Iraq's Sinjar region will not be allowed to become a new stronghold for the PKK terror group.

"We expect the Iraqi government to cooperate with us in ending the separatist PKK terror group's presence in Iraqi territories," Akar said during his budget speech in parliament.

Akar noted that Turkey respects the territorial integrity of Syria, Iraq and its neighbors.

"However, for the security of the country and the nation, our operations will continue until the PKK terror group has been completely defeated in the locations they exist in Iraq," he said.

Sinjar "will never be allowed to become a new (Mt.) Qandil."

The terrorist PKK has its main base in the Mt. Qandil region, which is located near the Turkish border.

On Thursday, the Turkish Armed Forces (TSK) dealt a heavy blow to the PKK terror group in the Sinjar and Mt. Karajak regions.

"However, we have determined that the terror group has dug trenches in Manbij," he said.

"When the time comes, the terrorists in this region will be buried in the trenches they have dug," he stressed.

FETÖ and its U.S.-based leader Fethullah Gülen orchestrated the defeated coup of July 15, 2016, which left 251 people martyred and nearly 2,200 injured.