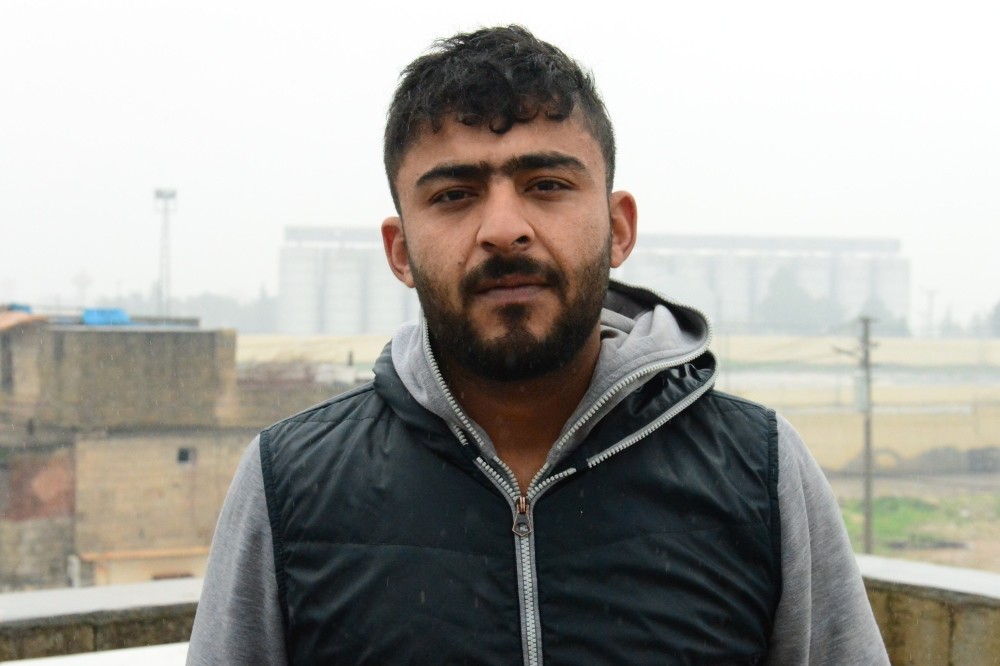 Syrian refugee Hassan Hamel hopes to return once his hometown Tal Abyad is cleared from YPG terrorists.
by Daily Sabah with AA Dec 19, 2018 12:00 am

Syrian refugees in southeastern Turkey's Şanlıurfa province, who fled from the atrocities of the PKK-affiliate People's Protection Units (YPG), support Ankara's decision to extend its military campaign into the region east of the Euphrates River.

"The terrorist organization evicted us from our homes and forced us to take shelter in Turkey. We ask for Turkey's help and support. Turkey should intervene and establish the security in the region so that we can go back to our homes at ease," Hassan Hamel, a Tal Abyad local who has been living in Turkey for four years as a refugee, told Anadolu Agency (AA) yesterday.

Stressing that local people want to return their hometowns after the Turkish operation, another Syrian refugee, Suleiman Mousa said that if Ankara decides to conduct an operation into the YPG-held territories, Syrian people will definitely help the Turkish Armed Forces (TSK) and Free Syrian Army (FSA) that previously carried out two joint offensives.

Mousa pointed out that the terrorist organization has been oppressing Syrian people with various policies for some time, and the U.S.-backed YPG forced some Syrian children to join the organization and fight for them by turning them into addicts and threatening them of cutting drug supplies.

Local people living in areas held by the terrorist organization have long been suffering from YPG brutality. Numerous human rights organizations have documented the YPG's violations of human rights including torture, recruiting child soldiers, deliberate disruptions of education and health services. The group confiscated the properties of local people and destroyed homes of local people in areas near the Syrian-Turkish border such as in Ayn al-Arab and Tal Abyad. The group also systematically and forcefully displaced locals from their homes in order to demographically change the region.

Due to the brutalities of YPG, Turkey has opened its doors to 512,708 Syrian refugees fleeing from the YPG-held areas while another 300,000 Syrian refugees coming from the region took shelter in Iraq. According to detailed October report of the Interior Ministry's migration management department, almost 20 percent of 3.5 million Syrian refugees that Turkey hosts came from YPG-held territories including 20,832 from Hasakah, 141,903 from Raqqa, 34,852 from Manbij and 128,121 from Ayn al-Arab.

In addition to the Syrian refugees living in Turkey, Turkish people living in Akçakale district of Şanlıurfa, a city near the Syrian border, are also looking forward to the upcoming Turkish military offensive against the terrorist group.

Underlining that cities near the Syrian border can be hit any moment by the terrorist elements across the border, Osman Taka, a Turkish local, stated that if the operation happens, both Syrian refugees and Turkish people residing near the border will live in peace.