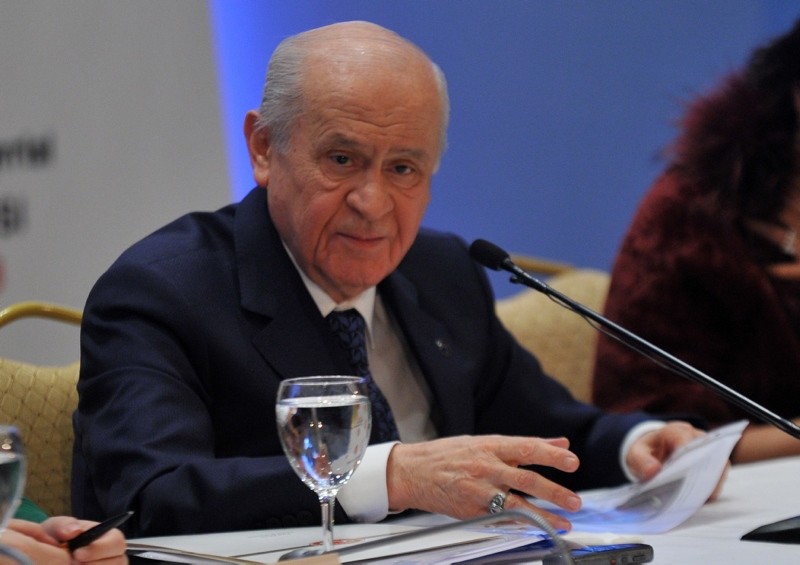 Nationalist Movement Party (MHP) Chairman Devlet Bahçeli expressed support for Turkey's counter-terror operation east of the Euphrates River, noting that the operation is necessary to clear terrorists near the border.

"Turkey has a determined stance regarding the fight against terrorism," Bahçeli said, adding that his party fully supports the initiative.

He suggested that President Recep Tayyip Erdoğan makes a call for a summit be held in either Istanbul or Ankara to discuss the ongoing conflict-related issues in the Middle East.

"Such a global summit in which all issues are discussed would be beneficial," Bahçeli said, adding that Turkey's prominent role in the Middle East would contribute to resolving the issues.

Turkey is preparing for a third offensive in northern Syria to clear the PKK-affiliated People's Protection Units (YPG) and eastern Syria to sweep out remnants of Daesh.

The land east of the Euphrates River comprises about one-third of the territory of Syria, except for the Bashar Assad regime-controlled area near Deir el-Zour and the area near the Iraqi border controlled by the YPG.