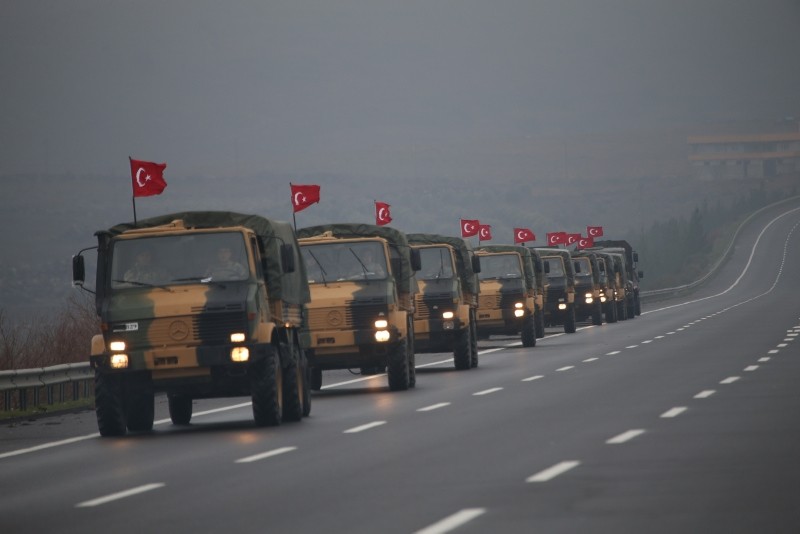 Turkey deployed more military equipment to its frontier with Syria, as preparations for its cross-border counterterrorism operation continued.

Military convoys were spotted Wednesday in the southeastern Turkish provinces of Gaziantep, Kilis and Şanlıurfa.

Another convoy of ammunition-loaded trucks and armored personnel carriers transited through Kilis to Gaziantep.

Enhanced security measures were taken in the area during the continued deployment of military equipment.

Almost all the territory east of the Euphrates comprises about a third of the territory of Syria, except for the Bashar Assad regime-controlled area near Deir el-Zour and the area near the Iraqi border controlled by the Syrian Democratic Forces (SDF), a group dominated by YPG terrorists.