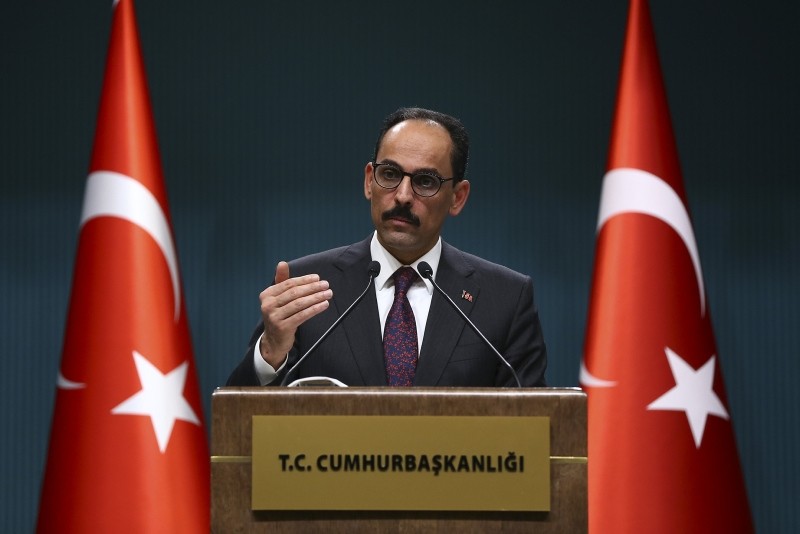 It is irrational to claim that Turkey targets Kurds, as Ankara's real targets are terrorists belonging to the PKK, its Syrian offshoot the People's Protection Units (YPG) and Daesh, Presidential Spokesperson Ibrahim Kalın said Sunday.

Kalın's comments came after White House National Security Adviser John Bolton, speaking about the U.S.-backed YPG, said he would stress in talks with Turkish officials this week, including President Recep Tayyip Erdoğan, that the Kurds must be safeguarded.

Turkey will resolutely continue its efforts to end the bloody civil war in Syria and provide security to Syrians regardless of their religion and ethnicity, the presidential spokesperson added.

Ahead of his visit to Ankara, Bolton said Sunday that U.S. military withdrawal from northeastern Syria is conditioned on Turkey assuring the safety of the YPG fighters.

In mid-December, Erdoğan announced an imminent Turkish operation east of the Euphrates River in northern Syria, saying Turkey had begun taking action for an offensive against the PKK terrorist group's Syrian affiliate. However, with the U.S. decision to withdraw from Syria, Erdoğan said Turkey would postpone the operation until the withdrawal of U.S. troops is completed.