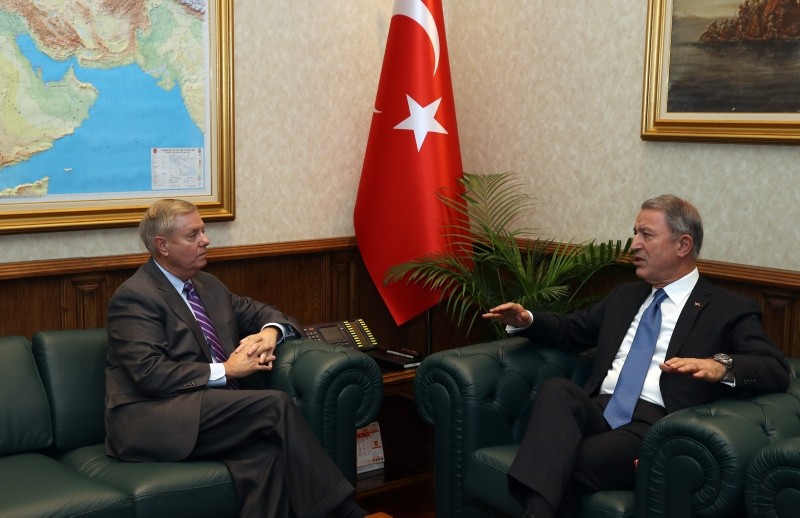 The U.S. has not kept its promise regarding Syria's Manbij, Turkey will not allow the formation of a terror corridor south of its borders, Defense Minister Akar told U.S. Republican Senator Lindsey Graham.

Turkey and the U.S. had agreed to work on the withdrawal of the PKK's Syrian offshoot People's Protection Forces (YPG) from Manbij, a YPG-held region in northern Syria. The aim of the Manbij deal was to ensure security and stability in the province by eliminating YPG terrorists and ultimately handing the administration of the province to a body consisting of local people, but the U.S. has failed to do so.

The defense minister reportedly told Graham that YPG is part of the same group as the PKK, which is recognized as a terrorist organization by Turkey, the U.S. and the EU.

Furthermore, Akar highlighted Turkey's fight against all terrorist groups, including the PKK, YPG and Daesh.