YPG, PKK clearly affiliated with each other, US Senator Graham says 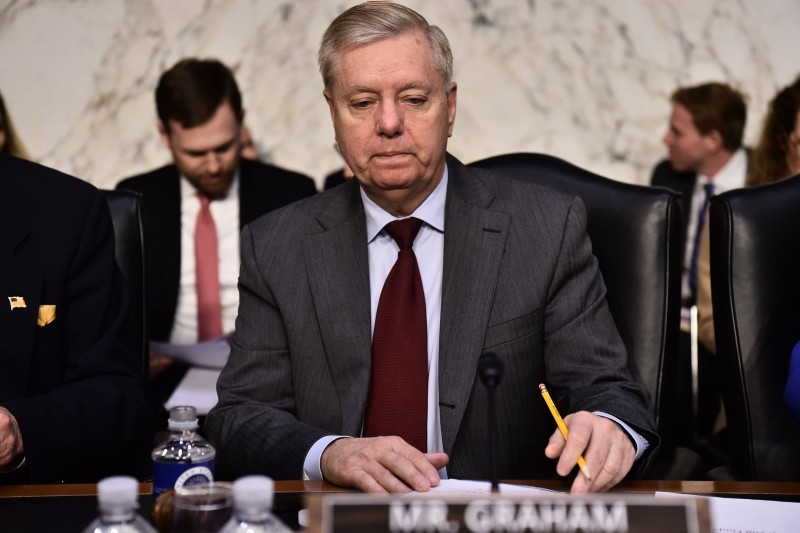 Republican U.S. Senator Lindsey Graham said Saturday that U.S. strategy to arm PKK-affiliated the People's Protection Units (YPG) was a mistake as the two groups are clearly affiliated with each other.

Senator Graham held a news conference Saturday in Ankara a day after he met President Recep Tayyip Erdoğan and other Turkish officials. He told reporters that there is sufficient evidence to prove that the organizations have links, adding that the former U.S. President Barack Obama "created a nightmare" for Turkey by arming elements of the YPG that are "clearly tied to the PKK."

The close U.S. partnership with the YPG since President Obama's administration has always been a sticking point in Washington-Ankara relations. Turkey sees the YPG as an extension of the PKK, that has claimed the lives of more than 40,000 people in its 30-year terror campaign against Turkey. The U.S., however, while listing the PKK as a terrorist group, opted to continue its steadfast militarily support for the terrorist organization under the pretext of fighting Daesh despite warnings that the YPG does not represent Syrian Kurds.

Graham noted that there are three things the U.S. withdrawal should focus on, including the defeat of Daesh, preventing the victory of Iran and ensuring the security of Turkey.

Stressing that the secure zone near the border will be established for the security of Turkey, Graham said U.S. Chief of Staff Joseph Dunford was working on a plan with Ankara to move YPG elements away from Turkey.

The senator added that he urged U.S. President Donald Trump to slow down the withdrawal process to fix problems "created by the U.S."

"If we leave without thinking about this and dealing with the YPG problem that we've created, things in northeastern Syria are going to be far worse," he said.

The U.S.' decision to withdraw its 2,000 troops from Syria was announced by the Trump administration on Dec. 19. Trump previously stressed that Syria was all about death and sand and said that the U.S. will withdraw since the Daesh terrorist group is defeated.

Graham emphasized that the road map to Manbij is the most important thing to be accomplished in the near-term in Syria.

"So I would hope that President Trump would slow the withdrawal until we truly destroyed ISIS and see if we can implement the roadmap to manage as a confidence-building measure that will remove YPG elements from Manbij," he said, using an acronym for Daesh.

In early June, both countries inked a deal, known as the Manbij roadmap and set a three-month time table to complete the tasks stipulated in the deal. The aim of the deal is to ensure security and stability in the province by eliminating YPG terrorists and ultimately handing the administration of the province to a body consisting of local people. Yet, progress in the deal, Ankara says, has been "sluggish" and slower than initially planned, due to what has been described as the disingenuous attitude of the U.S. about the plan.

Khashoggi, who had lived for a time in the United States and wrote for The Washington Post, had been critical of the Saudi regime. He was killed in what U.S. officials have described as an elaborate plot, as he visited the consulate for marriage paperwork. U.S. intelligence officials have concluded that the crown prince must have at least known of the plot, but Trump has been reluctant to pin the blame.

The U.S. senator added that what is transpired over the last couple years showed that leadership coming from MBS is not what he envisioned, referring to "imprisoning the Lebanese prime minister, taking all critics and throwing them in prison and the brutal murder [of Khashoggi]."