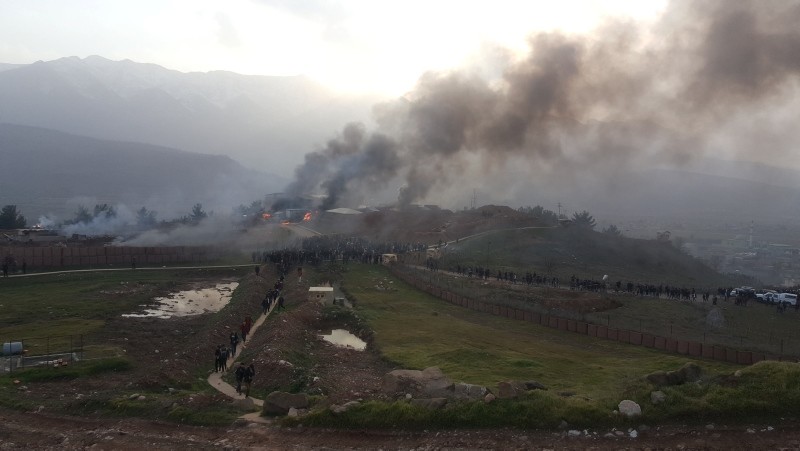 At least 10 people were wounded when protesters attacked a Turkish military camp near Dohuk in Iraq's semi-autonomous Kurdish region on Saturday, burning two tanks and other vehicles, residents and Kurdish officials said.

The crowd was demonstrating over a recent Turkish air raid, a Kurdish official in the region of Dohuk said.

Foreign Minister Mevlüt Çavuşoğlu spoke with Kurdistan Regional Government (KRG) Prime Minister Nechirvan Barzani, who told him that they have taken the necessary precautions and have launched an inquiry into the incident, Foreign Ministry Spokesperson Hami Aksoy said.

Turkey's Defense Ministry wrote on Twitter: "An attack has occurred on one of the bases located in northern Iraq as a result of provocation by the PKK terrorist organization. There was partial damage to vehicles and equipment during the attack."

Without naming the base, the ministry said: "necessary precautions are being taken regarding the incident."

Turkey carries out regular air raids near the border against the PKK terror group which has bases in northern Iraq.

In its more than 30-year terror campaign against Turkey, the PKK — listed as a terrorist organization by Turkey, the U.S. and the EU — has been responsible for the deaths of nearly 40,000 people, including women and children.