PKK behind attack on Turkish military base in Iraq, Altun says 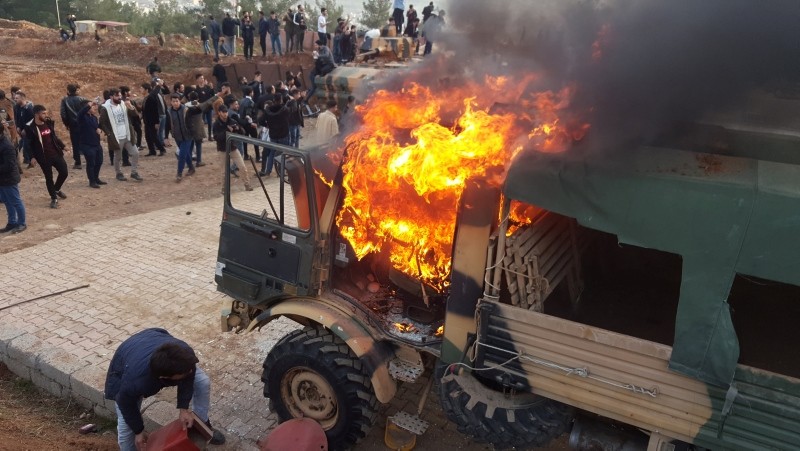 Terrorist PKK-linked attackers concealed themselves among the civilians and tried to provoke them against the Turkish military near the northern Iraqi city of Duhok, the Presidency's Communications Director Fahrettin Altun said.

In a statement released late Saturday, Altun said PKK terrorists on social media outlets have been carrying out a defamation campaign regarding the attack that took earlier in the day.

"Precautions have been taken to prevent civilian losses near the area where the base is located," Altun said, as he urged media outlets to be careful about the terrorist group's online defamation campaign.

Altun also noted that only material damage has taken place and no lives have been lost during the attack.

At least 10 people were wounded when protesters attacked a Turkish military camp near Dohuk in Iraq's semi-autonomous Kurdish region on Saturday, burning two tanks and other vehicles.

PKK supporters resort to the use of fabricated information, including written and graphic pieces to spread propaganda on social media.