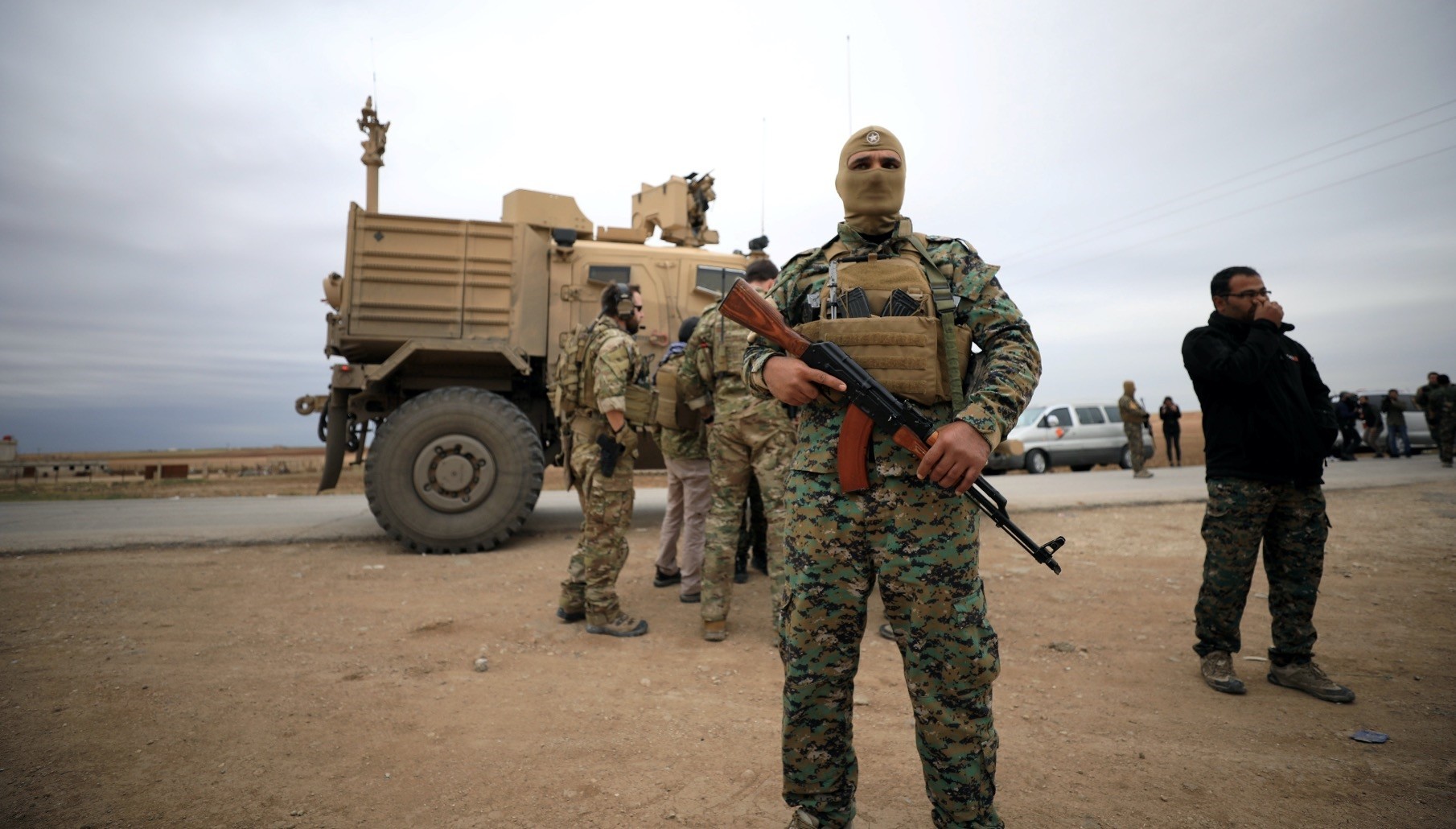 Despite the ongoing U.S. military support, the YPG has not hesitated to make business deals with its opponents

The PKK-affiliated People's Protection Units (YPG) has gone behind the U.S.' back to strike oil trade deals with Syria's Bashar Assad regime, a key Iranian ally. U.S. media reported that the terrorist group has done so despite receiving huge military and weapons support from the U.S. to fight Daesh. According to a recent Wall Street Journal article, U.S. intelligence and tanker drivers in Syria confirmed that the YPG has been delivering crude oil to the Syrian regime through the Katerji group, which was sanctioned by the U.S. and the EU for facilitating oil trade between the regime and Daesh in Syria's eastern province of Deir el-Zour. The YPG reportedly sells crude oil to Katerji group nearly every day and that the oil has been processed at refineries owned by the Bashar Assad regime.

The report added that the oil was extracted from a 30-square-kilometer area controlled by the YPG in eastern Syria. It added that the Daesh had traded oil in the same region in the past years. Located near the Iraqi border, Deir el-Zour is home to a significant amount of Syria's energy resources. There are 11 large oilfields on the eastern side of the Euphrates, which cuts the province into two. These oilfields make up around one-third of Syria's energy resources. About 70 percent of Syria's oil resources lie within the territories currently occupied by the U.S.-backed YPG. Washington put a ban on oil sales to the Syrian regime in 2011 in response to Assad's brutal crackdown on civilians, paving the way for a drop in the regime's oil production from 353,000 barrels a day in 2011 to 25,000 barrels a day in 2018.

In 2018, the U.S. Treasury Department also imposed financial sanctions on four individuals and five entities, including the Katerji group, that assisted weapons or fuel transfers, or provided other financial or material support, to the Bashar Assad regime.

In addition to the YPG's trade ties with the Syrian regime, White House also previously acknowledged that it is aware of the group's oil trade with Iran, a country that has been targeted by U.S. sanctions for quite some time now.

"The Kurds, our partners, are selling oil to Iran. We are not thrilled about that. I'm not happy about it at all," Trump said, referring to the YPG.

The U.S. has provided military support to the YPG, under the pretext of fighting against Daesh, despite an outcry from Ankara, which views the terrorist group's presence on its southern border as a grave national threat.

According to Turkish officials, the U.S. has provided nearly 20,000 truck-loads of weaponry and military equipment to the YPG so far, which could ultimately be used against Turkey.

YPG long been in cahoots with Iranian-backed regime

The YPG's commercial ties with the Syrian regime, which is backed by Washington's staunchest foes in the region - Iran and Russia, date back at least a couple of years.

In July 2018, the YPG and the regime started negotiations for the management of oil fields occupied by the terrorist group in Deir el-Zour province.

Within the framework of the negotiations, a regime delegation visited the country's largest oil field after Conoco gas plant, the largest in Deir el-Zour, al-Omar, which was occupied by the YPG in 2017.

While the regime and the YPG share the net income of oil extracted from the fields in Syria's north-eastern province of al-Hasakah, the Assad regime and YPG agreed to control nine of fields together, of which three are currently active.

As part of the deal, approximately 30,000-35,000 barrels of oil per day have been produced from nearly 350 small oil wells located in Syria's south-western As-Suwayda, in addition to the north-eastern cities of Rimelan and Karacok.

In July 2017, the YPG handed over the control of oil production in the Rimelan region to the Assad regime after they signed a revenue-sharing agreement between the two sides.

According to the agreement, the regime received 65 percent of the oil production revenues, while the YPG obtained 20 percent. The remaining revenue was given to the Arab forces that are responsible for the protection of the fields. The regime, on the other hand, paid the security guards and other related workers.

One year later, the YPG and Syrian regime agreed to a decentralized state system for Syria and the group handed over key cities, including Raqqa and Deir el-Zour, to the regime.

Anadolu Agency (AA) reported last week by citing local sources that the regime-affiliated companies, operating in the west of Deir el-Zour, were laying pipes under the Euphrates to transport oil to the war-torn country's eastern provinces. The agreement would pave way for a rapid transfer of oil, which was previously carried by boats.