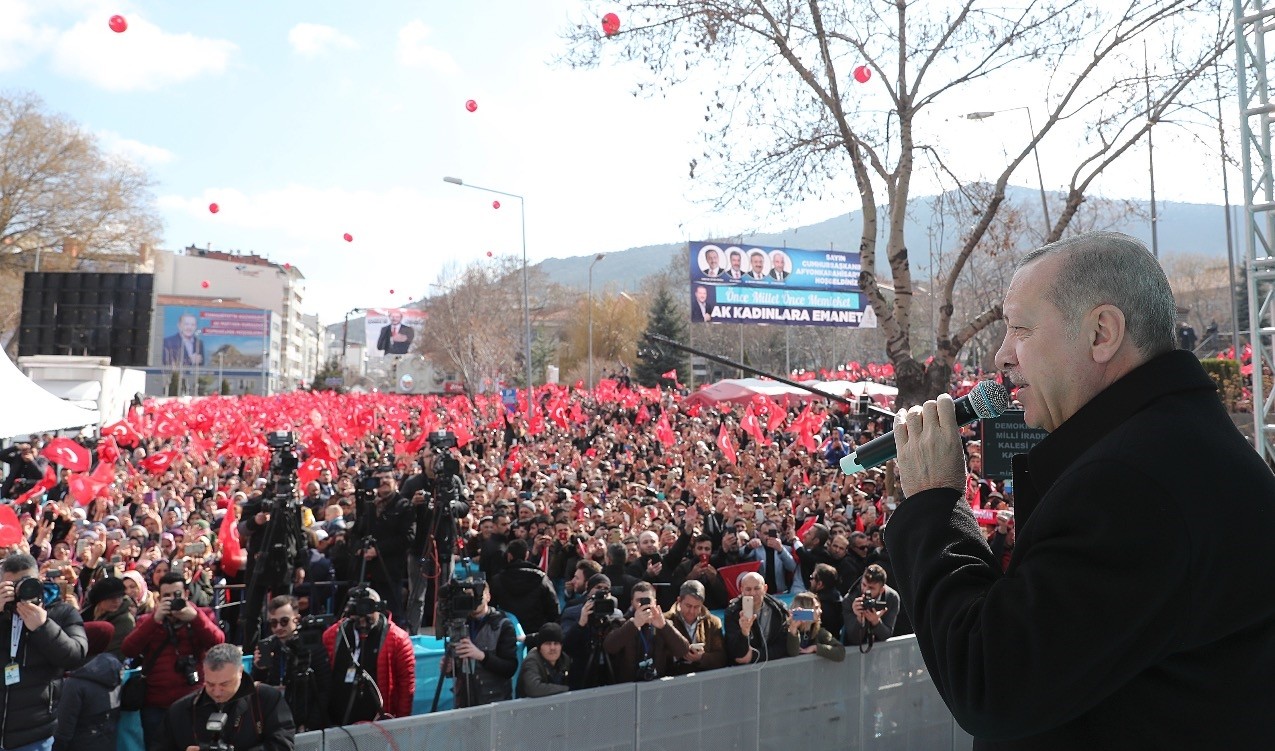 The alliance Erdoğan was referring to is made up of the main opposition central-left Republican People's Party (CHP) and the far-right Good Party (İP), which is also said to be informally supported by the Peoples' Democratic Party (HDP), which openly supports the PKK terrorist organization.

"The CHP with Pennsylvania and the party with 'good' in its name with the separatist group is being put under the same umbrella," Erdoğan said during his speech in western Afyonkarahisar province, claiming that the Nation Alliance is being supported by the Gülenist Terror Group (FETÖ), led by Fetullah Gülen, who lives in the U.S., and the PKK terrorist group.

The AK Party chairman was pointing out the ideologically different positions of the far-right İP and the claimed-support the alliance receives from the HDP. Turkey will go to the polls on March 31 for the local elections with two alliances having emerged as the strongest contenders. The AK Party and the Nationalist Movement Party (MHP) decided to continue their People's Alliance, formed for last year's presidential and parliamentary elections. In addition to the CHP and İP, the conservative Felicity Party (SP) and the center-right Democrat Party (DP) also supported the Nation Alliance, which received 33.9 percent of the votes in the parliamentary elections. The People's Alliance, on the other hand, received 53.7 percent of the votes.

"It is an embarrassment for Turkish politics to dream of a win in the elections with support from the separatist group and ratification from Pennsylvania. Today, the CHP is under the invasion of a mentality that relies on support from those threatening our people with the PKK. Today, the CHP is under attack by a group that is making calculations of winning with support from FETÖ, which is the most baseless betrayal gang this country has witnessed," Erdoğan said.

The ideological disconnect between the components of the Nation Alliance have also caused disarray in the CHP and İP, leading to several resignations on both sides.