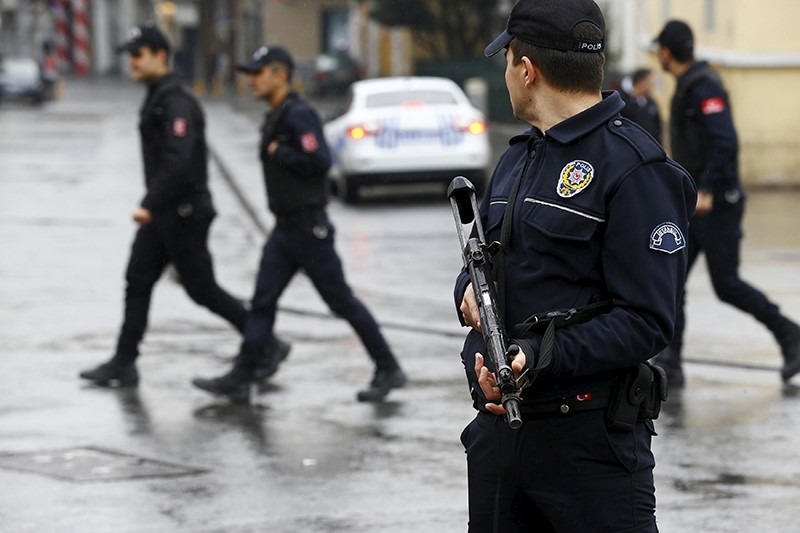 Detention warrants were issued for 53 serving soldiers across Turkey for their suspected links to the Gülenist Terror Group (FETÖ), the group behind the 2016 defeated coup, judicial sources said Tuesday.

The warrants were issued as part of an operation led by Istanbul Chief Public Prosecutor's Office.

The soldiers are accused of communicating with FETÖ members through pay phones and land phones, as part of a probe into FETÖ presence in Turkish Armed Forces.

Police launched simultaneous operations in 15 provinces, including Istanbul, for the suspects working for the gendarmerie branch of Turkish Armed Forces, as well as Land, Air and Naval Forces Command.

Police hunt for the suspects is ongoing across the country.

The terrorist group behind the July 15, 2016, coup attempt that killed 251 people is accused of employing its infiltrators from the air, land, naval and gendarmerie forces of the Turkish Armed Forces (TSK) to attempt to overthrow the government. The attempt failed due to a strong public resistance against the putschists, and tens of thousands of people were detained or arrested in its aftermath.

Security forces launch almost daily operations to capture the suspected FETÖ members, although the suspects' tactics to hide their links to FETÖ have proved challenging for investigators. Some suspects can only be identified through their links to the already captured FETÖ members and through the "confessions" of suspects detained in earlier operations who seek a reduction in their sentence in exchange for giving information about the terrorist group.

Turkey also accuses the terrorist group of being behind a long-running campaign to overthrow the state through the infiltration of Turkish institutions, particularly the military, police and judiciary.