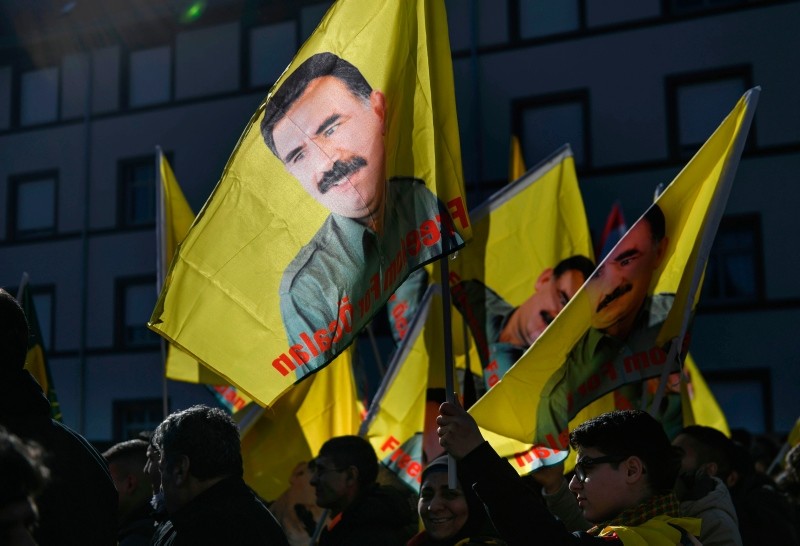 | AFP Photo
by Anadolu Agency Feb 20, 2019 12:00 am
The PKK terrorist group and its Syrian offshoot People's Protection Units (YPG) have decided to cast out the influence of jailed leader Abdullah Öcalan, according to security sources Tuesday.

During a PKK/PYD/YPG meeting Feb. 3 in Manbij, Syria, the group made a number of decisions to pacify Öcalan, whose influence on the terror group has already diminished, said the source.

The group agreed not to feature Öcalan's photographs during meetings and not to mention his name during so-called trainings, the source said.

According to experts, the reason behind the decisions is to establish "more comfortable authority among the lower level" PKK members by the terrorist group's so-called leaders.

Öcalan was convicted of terrorism and treason in 1999 and is currently serving a life sentence.

The PKK, which is listed as a terrorist organization by Turkey, the U.S. and the EU, waged a terror campaign against Turkey for more than 30 years and has been responsible for the deaths of nearly 40,000 people. The YPG/PYD is its Syrian branch.