Syrian Kurds disavow efforts to equate them with YPG 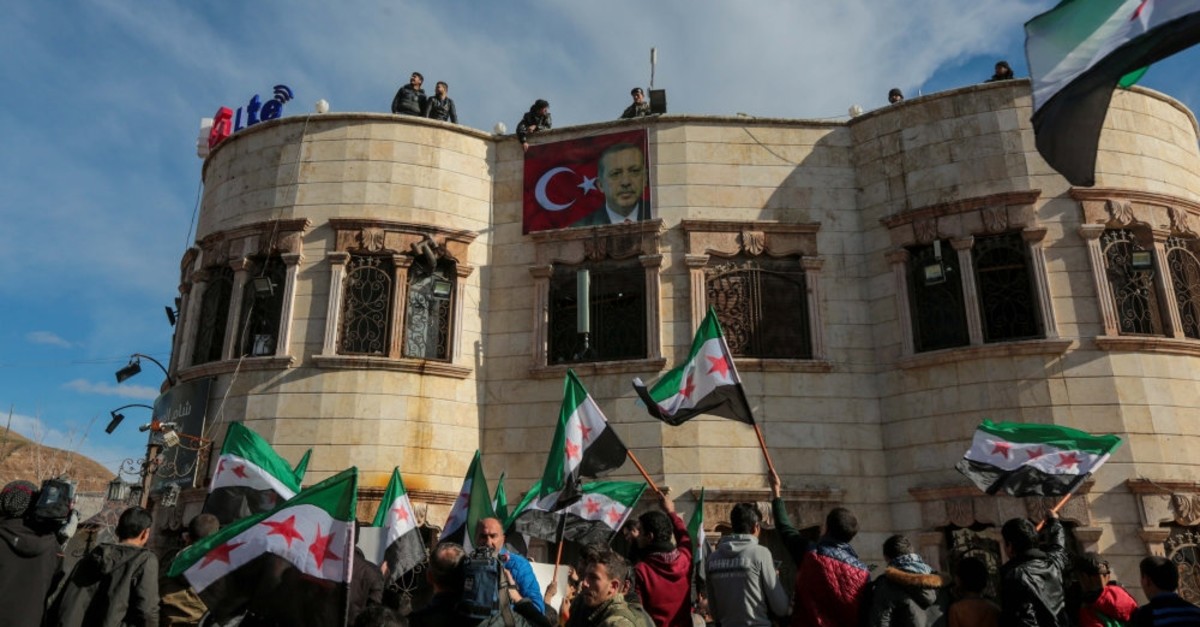 Syrian Kurds have expressed their discomfort over being identified with the YPG terrorist organization, especially by the U.S., expressing that they are against any kind of terrorist activities

Syrian Kurds reiterated on Saturday that they are an integral part of Syria and the PKK-affiliated People's Protection Units (YPG) are not representatives of the Kurdish population in the country, following another meeting of Syrian tribes on Thursday, where it was declared that the YPG should be eliminated from northern Syria.

"Both the PKK and YPG are terrorist organizations and do not represent any Kurds. Syrian Kurds are an integral part of Syria," Abdulaziz Temo, the president of the Independent Syrian Kurds Association, said at a meeting in Mersin province, where representatives of Syrian Kurdish groups came together. Along with many Syrian tribes and independent Kurdish groups, Turkey has strongly objected to equating Syrian Kurds with the PKK-affiliated YPG terrorists, and the implications of some Western countries that Turkey wages a war against Syria's Kurds.

Ankara emphasizes that military operations in northern Syria aim to protect all ethnic groups in the region including Arabs, Kurds, Turkmens and Assyrians by eradicating the presence of terrorist groups.

"The enemy of Syrian Kurds and Turkey is common: The PKK terrorist organization. We want to live in peace and stability. Therefore, we are against any kind of terrorism, including the PKK and Daesh," Temo underlined during his speech on Saturday.

He added that there has been ongoing U.S. propaganda suggesting that Turkey is hostile against Syrian Kurds but Syrian Kurds know that "Turkey is their ally and neighbor." The close U.S. partnership with the YPG since former President Barack Obama's administration has always been a sticking point in Washington-Ankara relations.

Turkey sees the YPG as an extension of the PKK, which has claimed the lives of more than 40,000 people in its 30-year terror campaign against Turkey. The U.S., however, while listing the PKK as a terrorist group, opted to continue its steadfast militarily support for the terrorist organization under the pretext of fighting Daesh, despite warnings that the YPG does not represent Syrian Kurds.

Despite the claims on Turkey's position "against Kurds" in the region, Ankara has been always welcoming to Kurds, who had to flee from their homeland due to persecution and oppressive policies. The country, in which Kurds make up 15-20 percent of the population, opened its doors after the Halabja chemical attack by Saddam Hussein in Iraq in 1988, when millions of Kurds had to migrate from Iraq and came to Turkey's southern districts of Şemdinli, Silopi and Çukurca. Also, Ankara provided safe haven to Kurds during the siege of Kobani in northern Syria by Daesh in 2014, when some 300,000 Kurds fled to Turkey.

On Thursday, representatives of Syrian tribes, who came together in northwestern Azaz province to elect 50 members of a newly established local government body, also declared their support for Turkey's planned operation east of the Euphrates in Syria to eradicate terror threats emanating from the presence of the YPG and provide a convenient area for refugees to return.

"We want to take back our occupied lands from the YPG with Turkey's support. Our aim is bringing peace and stability to the region," the final announcement of the meeting read, also pledging to protect rights of all locals, including Kurds living in YPG-controlled areas.

Previously, Turkey conducted two offensives in northern Syria, Operation Olive Branch and Operation Euphrates Shield. The first was launched by Ankara to clear its borders of Daesh terrorists, while the second was to prevent the YPG's ultimate plan of establishing an autonomous region in northern Syria by connecting Afrin to Kobani and Jazeera.

President Recep Tayyip Erdoğan and other Turkish officials have been signaling an expansion of Turkey's military campaign into the larger YPG territory east of the Euphrates if the threat continues. High-level officials in Ankara have also been discussing plans to establish a safe zone in northern Syria free from YPG terrorists to ensure national security. Regarding the safe zone plans, the representative of the Syrian Kurdish National Council (ENKS) in the Kurdistan Regional Government (KRG), Nuri Brimo, expressed their support for the establishment of a safe zone. "Without Turkey, a solution in Syria and for Syrian Kurds is not possible," he told Anadolu Agency (AA).

Brimo added that ENKS is ready to participate in any meeting organized by Turkey and the U.S. with the attendance of all religious and ethnic groups in Syria.